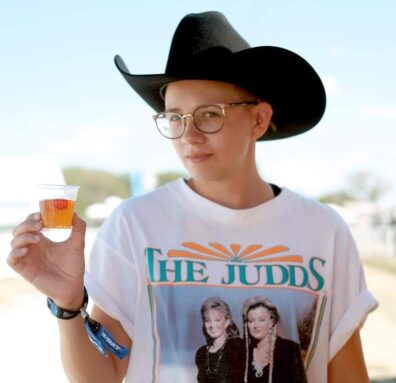 Em is originally from an Illinois small town, but grew up right across the river from St. Louis. They spent four years in Tennessee picking up an accent and getting their BS degree in Agriculture. They are a fourth-generation beekeeper, and they have been keeping bees since they were six. There’s a lot of things they love about honey bees, and research wise they just want to learn anything they can, but honey bee beehavior is definitely a big interest.

Some fun facts: They love Dolly Parton, obvi. They’ve worked at scout camps, a cattle farm, as a farm store chicken tender, and a butterfly house intern. They really want to be a cowboy. In 2017 they got to stare at honey bees during the solar eclipse, and that led to a coauthored paper and two presentations. They like the Palouse–even with the stupid winter–because it feels like living in one of Van Gogh’s wheat field paintings.