We are now at a place that proved that this new idea in steerable needles works. The first paper on the new area of waterjet steerable needles is going to be published soon. The paper will be presented as oral presentation in IEEE International Conference on Biomedical Robotics and Biomechatronics (BioRob 2018) on Aug. 2018 in Netherlands. 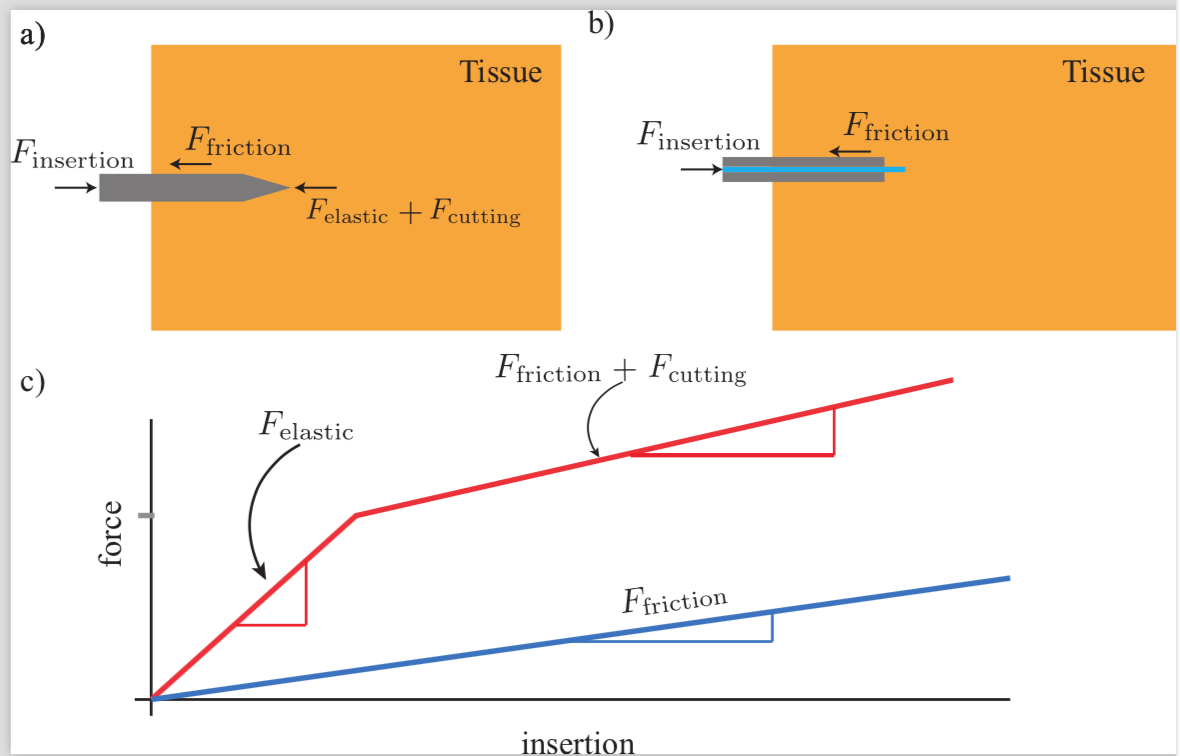 A summary of this paper:

Water-jet technology has been used extensively for decades industrially for many applications including mining, plastic, metal, stone, wood, and produce cutting. The use of water-jet in medical applications has been developed more recently and it is used for different applications such as soft tissue resection, bone cutting, wound debridement, and surgery. In this paper, a new application of water-jet technology in the medical field is proposed, namely water-jet cutting at the tip of a needle with a long-term goal of steerable needles. A needle insertion system is designed and built, which has a custom- designed water-jet nozzle attached to a Nitinol needle as its ”needle”. Insertions with and without water-jet into 10%, 15% and 20% SEBS tissue-mimicking simulants are performed and the associated force data is measured using a force sensor at the base of the needle. The results of force vs. displacement show that the water-jet reduces the insertion force associated with traditional needles by eliminating tip forces. In this paper, a custom-designed straight nozzle is used to show the feasibility of water-jet steerable needles, whereas future work will focus on steerability using steerable nozzles. Depth of cut as a function of fluid velocity is also measured for different volumetric flow rates. The results show that depth of cut is a linear function of fluid velocity when the width of the water-jet nozzle is sufficiently small and smooth. 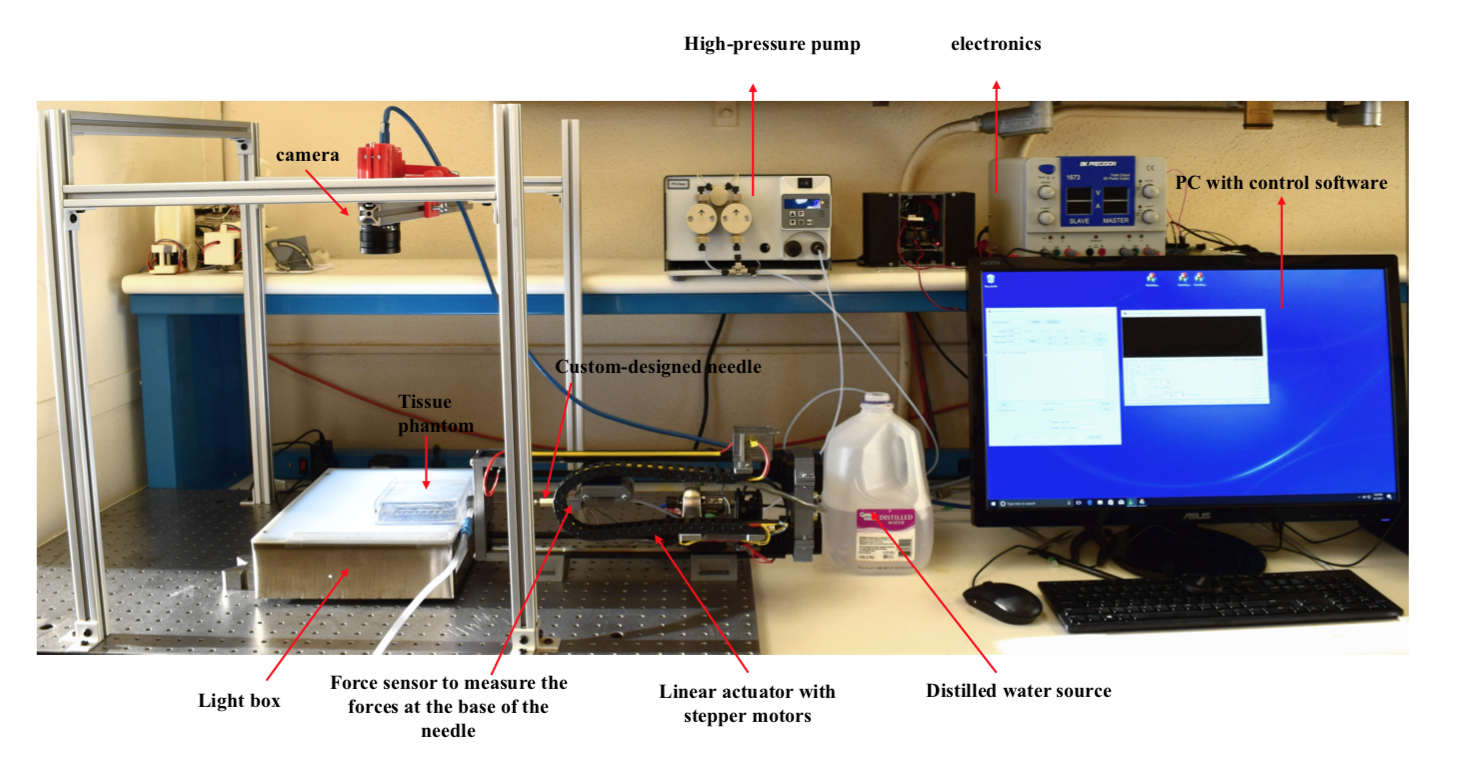