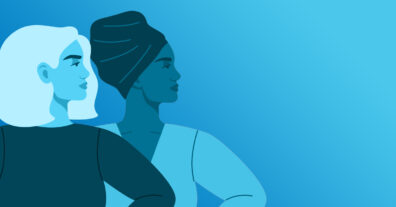 We are happy to announce our partnership with LunaDNA to identify key priorities in women’s health related research. We part from the principle that we need to listen to women to help define what these priorities should be. As our colleague Erica Ramos rightly points out: “Researchers often assume or guess about what’s important to women. It’s high time we centered the women’s health agenda on what women say matters most to them.” It is time we change that. In our lab we are committed to listen and help reshape research agendas that listen to these needs.

This collaboration will serve as a larger umbrella to frame our research on vaginal microbiome and health disparities in women. If you want to participate, and are interested in exploring more please visit our information site.

We are joining the Human Pangenome Reference Consortium (HPRC), a large effort to generate a human reference that is representative of human diversity. The effort is coordinated from Washington University and it involves a large number of researchers from multiple institutions across the US. Our involvement will focus on the genetic analysis of variants of the human leukocyte antigen (HLA) system.

A clear statement by ASTMH statement against the President’s Executive Order. Decisions of this order, taken by a nation, have to measure the anticipated repercussions that it can have on Global Health.