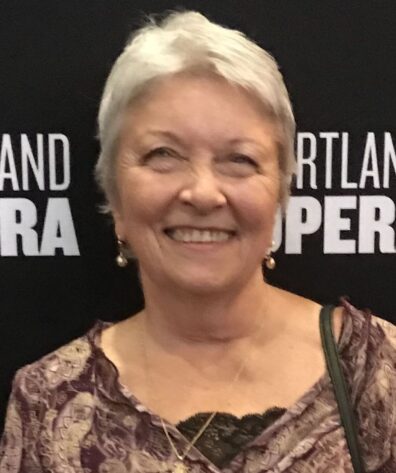 Joan Grenier-Winther came to Washington State University-Pullman in 1991, after completing her PhD at the University of Maryland, College Park. She relocated to the WSU-Vancouver campus in 2008. Her research involves preparing critical editions and English translations of love debate poetry written by French knights in the late 14th, 15th, and early 16th centuries. These poems, written in Middle French, are found in late medieval manuscripts and early printed books housed in major libraries and archives in Europe and the U.S. Her dissertation was an edition of the poetry and correspondence of the 14th c. knight, Jean de Werchin, sénéchal de Hainaut; this was published in Montreal by the Editions CERES (McGill University) in 1996. Her critical edition of the works of the 14th c. Savoyard knight-poet, Oton de Granson, was published in France in the collection “Classiques français du Moyen Age” (Paris: Honoré Champion, 2010). Granson’s poems on unrequited love were well known by members of the French and English courts of his day, as well as by contemporary poets in France, Spain, and England, including Geoffrey Chaucer and John Gower.  Granson and Chaucer were the first to write of the link between love and Saint Valentine, and from there, it is likely that the modern St. Valentine’s Day tradition was born.

More recently, Grenier-Winther collaborated with Peter Nicholson of the University of Hawai’i, Manoa, on an English translation of Granson’s poetry, which was published in 2015 by the Medieval Studies Institute at Western Michigan University. Her critical edition and English translation of two anonymous 15th c. Middle French love debate poems, La Belle dans qui eust mercy (The Beautiful Lady Who Had Mercy) and Le Dialogue d’amoureux et de sa dame (The Dialogue between the Lover and his Lady), was published by the Modern Humanities Research Association (MHRA) in Cambridge, England (2018). She is currently working on an edition and translation of yet another anonymous 15th c. poem on unrequited love entitled Le Serviteur sans guerdon (The Servant without a Cure [for his Lovesickness]).

Professor Grenier-Winther has been a recipient of a National Endowment for the Humanities Fellowship and Summer Stipends, as well as an American Bibliographic Society grant, all to support her editorial work on Middle French poetry. She has also received several WSU research and travel grants. She has extensive experience teaching all levels of French language, culture and literature, as well as French and foreign film, opera, and Latin for reading proficiency, in both face-to-face and online formats. In 2015, she was named as the Marianna M. and Donald S. Matteson Distinguished Professor of French.