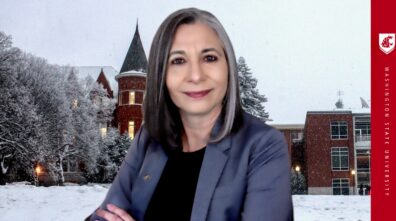 Dr. Gordillo is Assistant Dean for Diversity, Equity, and Inclusive Excellence in the College of Agriculture, Human, and Natural Resource Sciences (CAHNRS); Associate Professor of History, and Campus Director of Faculty Equity and Outreach at WSU Vancouver (CDFEO). Her first book Mexican Women and the Other Side of Immigration: Engendering Transnational Ties published in 2010 garnered the National Association of Latina and Latino Anthropologists (ALLA)  Book Award in 2011. In 2013, Dr. Gordillo co-directed and co-produced the film, entitled Antonia: A Chicana Story. In conjunction with the documentary, Dr. Gordillo worked on a series of interviews with Chicanx activists, scholars, artists, and art critics for the book Engendered History: The Collected Works of Antonia Castañeda.

Her essay, “Gendering the Nador/Melilla Border: Muslim Women, Economic, [Under]Development and Structural Violence” is currently under review by Meridians.

Dr. Gordillo’s current monograph, Patients, Philanthropists, and Fieldworkers: The Hidden History of Women and Eugenics examines gender and eugenics during the tenure of the Eugenics Record Office (ERO) in Cold Spring Harbor, Long Island, 1910-1939. Gordillo’s monograph brings science and the humanities together at an unexplored crossroad that has the potential to explore thought-provoking connections of a period that is complex, sensitive, and contentious.