Jonah grew up in the San Francisco Bay Area and got his undergraduate education at UC Santa Cruz. After finishing his undergraduate degree he worked as a technician at the University of Washington School of Oceanography before going on to get his PhD at UC Davis with Thomas Schoener and David Spiller. He did postdoctoral research at UC Davis and UC Berkeley with Louie Yang, Mary Power, Sharon Lawler, and Janet Foley. After spending a year as an Assistant Professor at UC Riverside he moved to WSUV, where he has been an Assistant Professor since 2015. He enjoys hiking, gardening, and playing with his children. 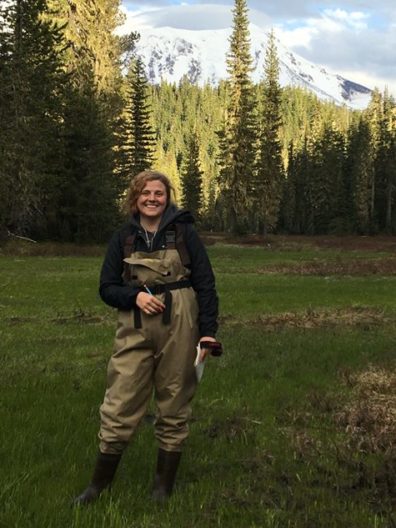 Alysha completed her B.Sc. in Earth & Environmental Science at Washington State University, Vancouver. As an undergraduate, Alysha worked as a research technician for the Bsal exposure trials within the Piovia-Scott lab. While there, she developed an interest in amphibian conservation and infectious diseases. Alysha has joined the Piovia-Scott lab as an MS student who will look at batrachochytrid susceptibility in Pacific Northwestern salamanders. She enjoys herping, birdwatching, and baking in her free time. 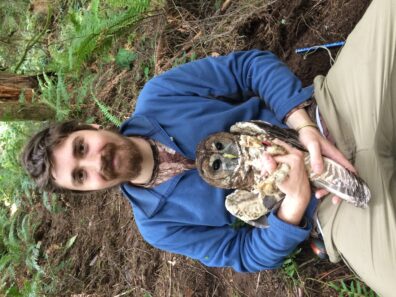 Jesse grew up in Virginia, at the foothills of the Blue Ridge Mountains. He graduated in 2012 from Ithaca College with a degree in environmental studies and wildlife biology. Since then, Jesse has worked as a wildlife biologist in multiple roles, studying amphibian assemblages in the Missouri Ozarks and, most recently spending five years working for the Pacific Northwest Research Station on a long-term Northern spotted owl demographic study. As a new master’s student in Dr. Piovia-Scott’s lab, Jesse will be using eDNA techniques to examine translocated American beaver movement dynamics in montane aquatic systems. In his spare time, Jesse enjoys cooking, exploring the Cascades, resurrecting dead audio formats, and spending time with his wife, Zoe and dog, Kodi. 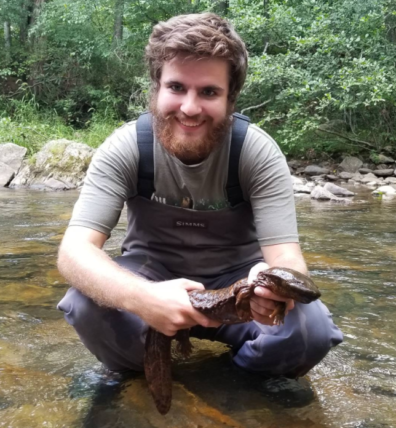 Sky grew up in Windsor, Connecticut, where their love for amphibians and reptiles flourished throughout childhood despite limited local biodiversity. They earned their BS in Wildlife Ecology and Conservation from the University of Florida in 2017, and their MS in Fish and Wildlife Conservation from Virginia Tech in 2019. For their MS thesis, Sky assessed factors influencing the utility of in situ artificial shelters for monitoring eastern hellbenders (Cryptobranchus alleganiensis alleganiensis). Sky’s dissertation research in the Piovia-Scott Lab is focused on improving the effective conservation and monitoring of seep and headwater stream-associated amphibians within the Pacific Northwest, using a combination of eDNA and visual encounter surveys. Their primary interests include herpetological conservation and ecology, species interactions, ecological modeling, stream ecology, and the conservation of secretive species. In their spare time, Sky enjoys searching for amphibians and reptiles, hiking, outdoor sightseeing, and going to punk shows when there is not an ongoing pandemic. 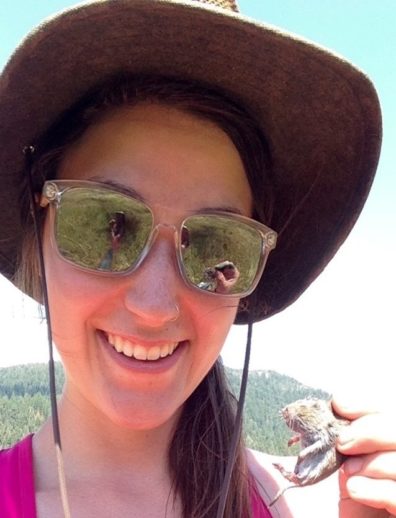 Nicolette grew up near Sonora, California and received a BS in Wildlife from Humboldt State University in 2016. She first became acquainted with the Piovia-Scott lab when she worked for the Forest Service as a Cascades frog research technician during the summer after graduating. Her research interests include spatial ecology, alpine habitats, and amphibian conservation. As a new PhD student, she aims to investigate the effects of alpine habitat restoration on frog-disease interactions. In her spare time, Nicolette enjoys exploring the outdoors with her border collie Andie, cooking for friends, and doing ceramics. 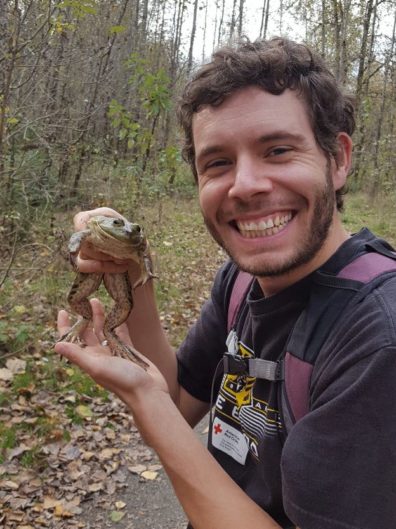 Growing up in Massachusetts, Andrew graduated from the University of Maine in 2011 with a BS in Zoology. Since then he has worked as a wildlife biologist in many different capacities including studying bird phenology in Acadia National Park, working with spotted owls in the Tahoe National Forest, and most recently working as a Desert Tortoise Biologist based out of Las Vegas. In Dr. Piovia-Scott’s lab, Andrew will be seeking a Master’s in Biology and will be focusing on forest thinning treatments and their effects on local amphibian populations in the Lassen National Forest. In his spare time Andrew loves to hike, train for marathons, and play with his dog Penny. 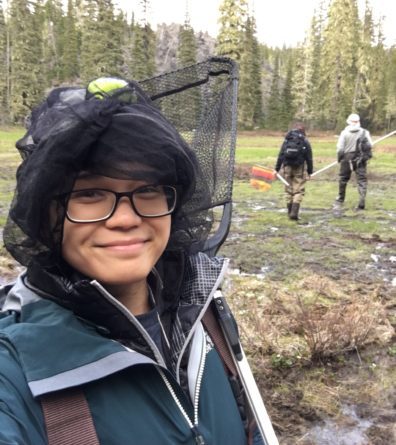 Monica recently completed her undergraduate degree in Biology with a minor in Psychology.  Her interests include mycology, social justice, and botany. After joining the Piovia-Scott lab her interest in wildlife conservation and diseases has grown. When she isn’t in school, you can find her reading, trying out new restaurants, and discovering new hiking trails. 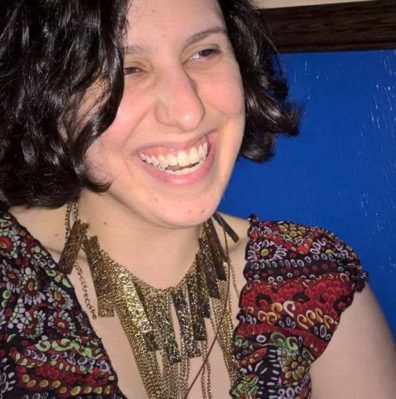 Helena is a fourth-year undergraduate student at Washington State studying neuroscience and biology with minors in zoology and chemistry. After graduating from WSUV, she hopes to pursue a doctorate in animal behavior. She is new to the Portland area and enjoys exploring the Pacific NW, reading, volunteering at animal focused organizations, and spending time with her dog, Shadow. 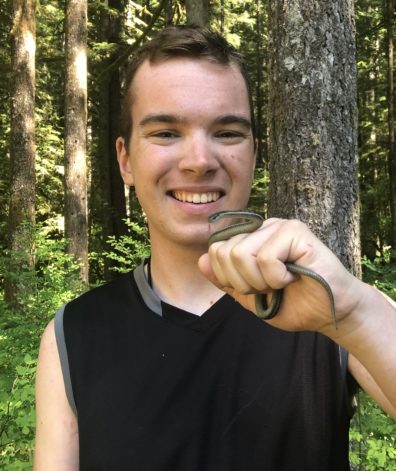 Luke is a northwest native and is currently studying Biology. He is particularly interested in Herpetology and wildlife conservation. He hopes to work for the U.S. Fish and Wildlife Service after completing his degree at WSUV. In his spare time, he enjoys hiking, herping, reading, and playing video games. 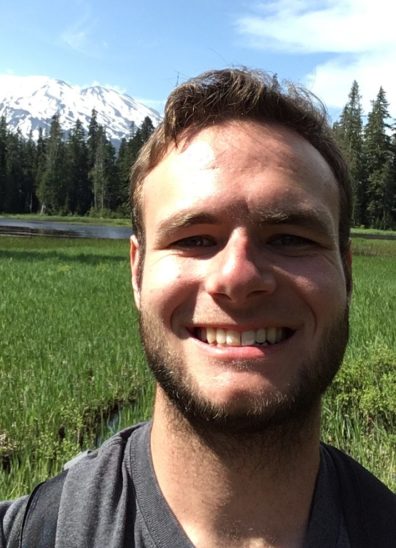 Mitchell is a fourth year undergraduate student majoring in Environmental Science with a minor in Biology. He has lived in southwest Washington for most of his life and is particularly interested in wetland and community ecology. After graduation, he hopes to work in research for the USGS, the Forest Service, or another federal agency. In his spare time, he enjoys any outdoor activities, reading, and video games. 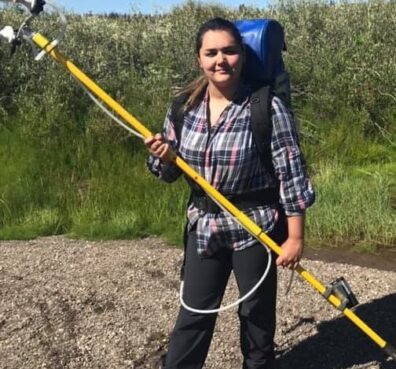 Karisma is a Biology major with two minors in mathematics and environmental science. She plans on taking a gap year after graduating and working in animal-related fields and then pursuing a graduate degree in large carnivore conservation. She is originally from Port Angeles, WA and moved to Vancouver to get her degree. She volunteers at Furry Friends Cat Rescue and is a tutor in the WSUV Quantitative Skills Center. Her hobbies include yoga, hiking, and spending time with my pets. 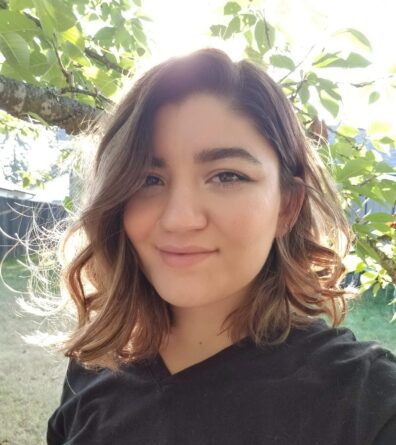 Gilary is a biology major with a minor in microbiology. She graduates Spring 2021 and plans to apply to dental school to pursue a doctorate in dental medicine. Currently she volunteers at the Free Clinic of Southwest Washington and works as a dental assistant in a pediatric office. Her hobbies include caring for her three snakes and two cats, collecting different species of plants, and hiking. 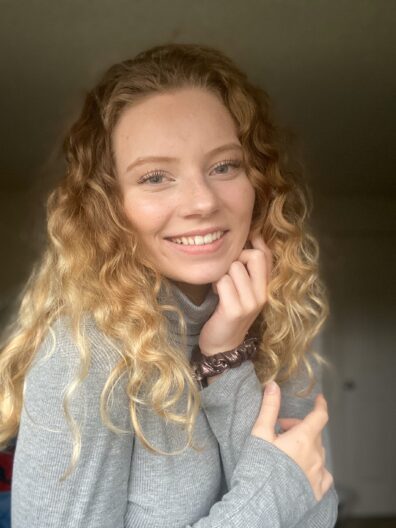 Tessa was born and raised in Pacific Northwest. She is currently an undergraduate student studying Biology with minors in Molecular Biology and Psychology. Her interests include infectious disease and pharmacology. After graduating from WSUV, she hopes to continue her education through a PA program. Outside of school and the lab, you can find her enjoying the outdoors, reading, and watching movies with her cat.