Members of the lab encourage each other to take a question-driven approach that furthers our collective understanding of evolutionary processes. Students in the lab do not work on the same questions, which means we all adopt our own study systems and employ our own methods (see our publications for a sample). Even so, recurrent themes include population genetics, biogeography, and modes of reproduction, while empirical work nearly always involves flowering plants. 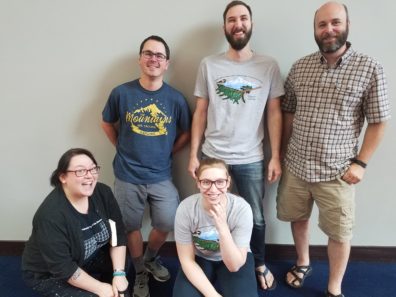 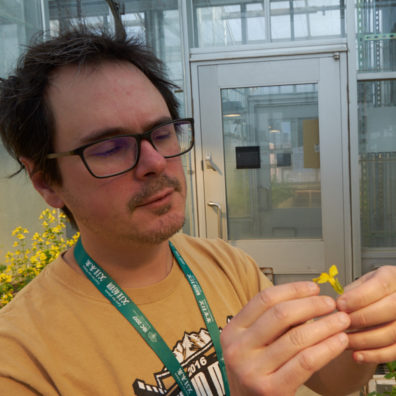 Jeremiah received a Ph.D. from Indiana University with Lynda Delph in 2005.  After a postdoc at McGill University with Daniel Schoen, he joined WSU in 2008.  Jeremiah studies evolutionary processes, with a particular interest in traits that impact the expression of genetic variation in populations.

Evan is interested in plant-insect interactions, volatile organic compounds, and their consequences. He has examined the utility of pollination syndromes in Castilleja and is studying selection by seed predators in C. sessiliflora.

Shelby is studying the consequences of gene expression variation in the face of climate change. She is studying Cardamine cordifolia, a species distributed on a steep elevational gradient in the Rockies.

Henry joins us in fall 2021! He completed a M.S. at Columbia University with Deren Eaton studying hybridization and range overlap.

Thomas joins us in fall 2021!  He completed his undergraduate degree at Cal Poly, San Luis Obispo. He is interested in mating systems and their evolutionary consequences.

After completing their research at WSU, alumni of the lab have continued careers in universities, laboratories, conservation settings, and private industry. Success in these diverse venues is made possible through open-minded immersion in the process of science and the dissemination of work in talks and papers.

Carly studied the evolution of species’ ranges and the geography of outcrossing rate variation in flowering plants. She currently works on risk assessment for a private banking company.

Jordan studied ecological and cytological variation in sagebrush. He currently works as a laboratory technician in Laura Bartley’s lab at WSU.

Nathan studied the evolution of self-fertilization with a focus on non-equilibrium populations. This work involved a combination of empirical and theoretical approaches. He has joined Scott Nuismer’s lab at the University of Idaho as a postdoc.

Dena studied how reproductive traits (such as mating system!) influence species geographic distributions and co-occurrences. She is now an Assistant Professor at Cal Poly, San Luis Obispo. Visit her webpage.

Fernando worked on demographic inference and ancient DNA. Fernando worked extensively with Dr. Brian Kemp (now at University of Oklahoma) during his time at WSU. He is an Assistant Professor in the Anthropology Department at CU Boulder. Visit his webpage.

Andrea studied environmental and genetic constraints on species ranges and their effects on plant diversity. Andrea is currently a research associate in the College of Veterinary Medicine at Kansas State University.

Nick studied character displacement of flower color in a pair of Leavenworthia species. Nick is currently Executive Director for the Washington Association of Land Trusts.

Michael studied limits on seed production in a rare, self-incompatible plant (Physaria filiformis). Michael went on to work for the Missouri Department of Conservation.