The R.L. Albrook hydraulics laboratory has hosted research activities for over 75 years. The lab’s busiest days were during the construction of dams throughout the Pacific Northwest. The scale models used for testing (since computers weren’t really a thing back then) where housed in Albrook along with all the equipment needed to drive flow through them. Today the laboratory is still active, though nowhere near as busy as it once was. At any given time several research groups are using the flumes and experimental tanks to address key research needs, and we frequently bring tour groups through the lab to demonstrate the equipment, some of which is described below.

The low turbulence flume is designed specifically to create laminar flow at relatively high speeds. Pumps drive water into the wide end of the flume and the geometry of the cross section is smoothly reduced to compress the streamlines. The result is a flow with surface velocities on the order of a few meters per second that look almost perfectly smooth. The photo to the right shows the main clear section of the flume used during a project involving high-speed video capture of model fish (plastic of course). 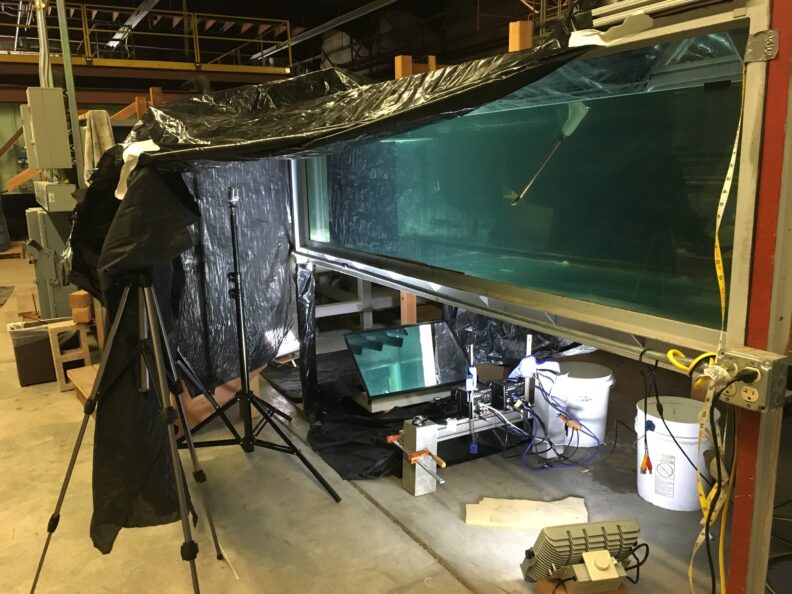 The blue tilting flume is the most obvious part of the lab. This 75ft long rectangular cross section (roughly 3ft x 2ft) can be raised from a 0% slope up to about 5% slope and anywhere in between because it is mounted on a large steel support frame. The maximum discharges possible for this flume at the moment are on the order of 10cfs and we can do experiments involving tracers, sediment, and flow around, or over, barriers.

The Boundary Dam model is without a doubt the oldest functioning component in the lab but is an outstanding piece of history from the golden age of scale models. There are some pretty amazing stories associated with it and the best way to hear them is to catch them on a guided tour of the lab. The model was recently partially renovated to restore it to a functioning state, with the intent of a complete facelift over the coming years. 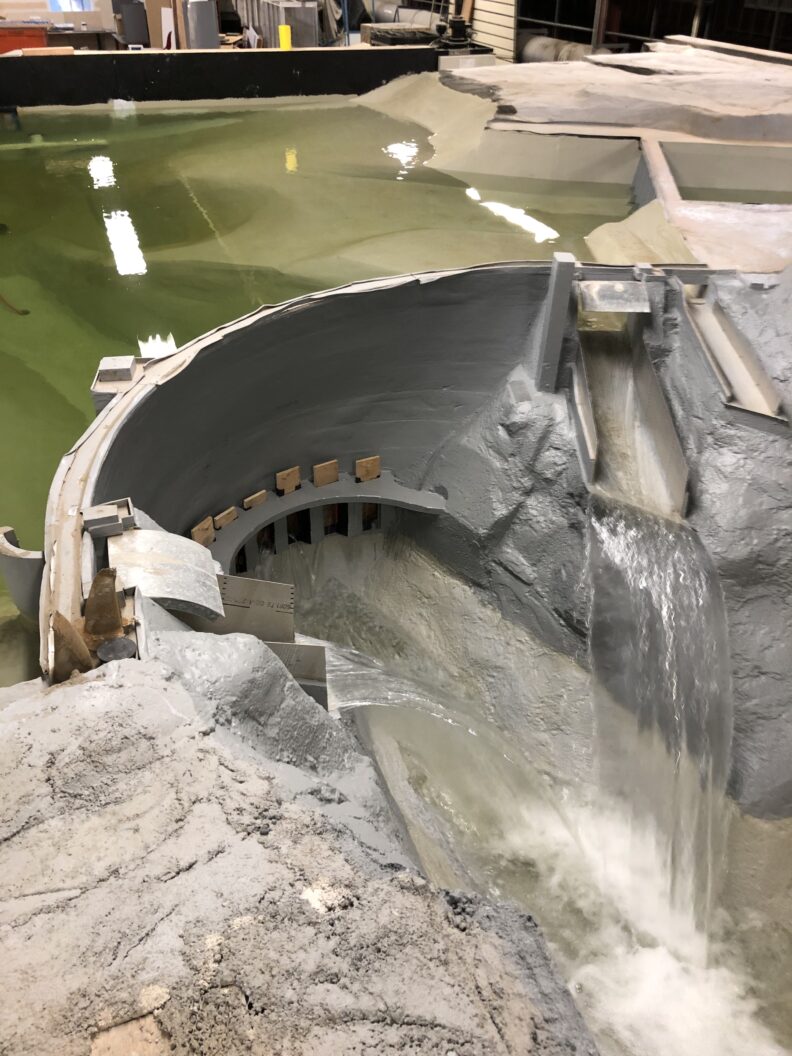 The emergency spillway gates were temporarily replaced with wooden slabs during the leak testing of the primary spillways (left and right sides of dam face). This photo shows the current maximum flow over the dam, which is about 1/3 of what it used to be. The addition of two more pumps and some more piping will eventually bring the system back to full capacity.