Joanna is currently an Associate Professor in the School of Biological Sciences at Washington State University. Her research focuses on the genomic basis of adaptation, with a special emphasis on extreme environments. Joanna is a faculty advisor from the College of Arts and Sciences to the to the WSU Spokane Genomics Core. She is affiliated faculty to the WSU Data Analytics BS degree program. She is a member of the Society for Molecular Biology and Evolution (SMBE).

Muh-ching (M.C.) has worked as a laboratory researcher at Stanford University in the departments of Genetics, Chemical and Systems Biology, Biology, and the Carnegie Institution for Science. M.C.’s childhood passion for solving the New York Times crossword has led to her current work playing with the letters of the genetic code in genomics and synthetic biology in human, animal and plant systems. M.C. received an SB in Chemistry at MIT, and a PhD in Chemistry at UC Berkeley, CA. 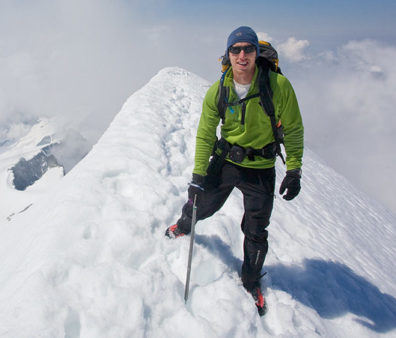 Scott received his PhD in Biology from the University of Kentucky (UK) in July 2017 and he joined the Kelley Lab September 2017. For his dissertation, Scott was advised by David Weisrock as he studied biodiversity in alpine streams of North America with a primary focus on conservation genomics of stoneflies living in the meltwater of glaciers. Beyond alpine streams, Scott has used multi-locus genetic tools to reconstruct species boundaries in mouse lemurs (Microcebus) and salamanders (Ambystoma). He received a B.S. in Zoology from North Carolina State University and worked as an undergraduate research studying salamander ecology in the lab of Nick Haddad. Scott is primarily interested in using genomic tools to better understand both the evolution of adaptation to cold environments as well as fine-scale population genomic patterns. Whenever possible, Scott studies these patterns in the context of the rapid, ongoing global change that all organisms are dealing with in some capacity. Under this general umbrella, his study species of interest include polar fishes, iceworms, and glacially-tied stream insects.

Paul graduated from Washington State with a BS in Animal Science in 1984 and has lived in Pullman ever since. After two year stays in a cell biology lab at Washington State and the Fisheries Department at the University of Idaho, Paul was fortunate enough to land in the salmonid fish genetics lab directed by Gary Thorgaard at Washington State where he has worked since 1988. Paul’s core responsibility has been to develop and propagate homozygous clonal lines of rainbow trout (Oncorhynchus mykiss) for use as biomedical and aquacultural models. More recently he has also had the opportunity to learn how to raise and breed the aquatic frog species Xenopus tropicalis in association with Erica Crespi. Paul currently helps the Kelley lab develop breeding colonies of the live-bearing fish Poecilia mexicana. Paul originally developed his interest in biology and natural history as a child growing up in Kenya and now spends as much time as he can fishing and hiking in the wilderness.

Alexandra Fraik graduated from North Carolina State University with a B.S. in Zoology and minors in Genetics and Anthropology. During her undergraduate career at NC State University, Alexandra worked in Dr. Fred Gould’s genetic pest management lab studying the impacts of inbreeding on the life history traits of Culex pipiens molestus and the influence of environmental changes on the Medea element of Red Flour Beetles. In addition, Alex has experiences researching the prey abundance and landscape ecology of the Fisher, the diversity of ant species in urban settings and the influence of climate change on sex determination in Loggerhead Sea Turtles in Australia. While in the Kelley Lab, Alexandra hopes to learn more about the genomic basis of adaptation in response to strong selective forces such as disease.

Michael Saxton graduated from the University of California at Davis with a B.S. in Wildlife, Fish, and Conservation Biology in 2009. After graduation he worked as a wildlife biologist with multiple land management agencies and private consulting companies working to manage and conserve a variety of species ranging from Snowy Plovers (Charadrius nivosus) to California tiger salamanders (Ambystoma californiense) to brown bears (Ursus arctos). While working with bears Michael developed an interest in hibernation physiology. In the Kelley lab, Michael studies genomic and transcriptional changes that occur in bears to allow them to survive annual periods of rapid weight gain and starvation as well as many other physiological changes necessary to survive hibernation. 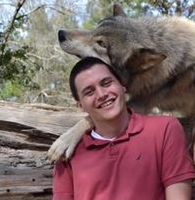 Shawn graduated from Virginia Commonwealth University with a B.S. in Biology in 2012 and from Washington State University in Genetics and Cell Biology in 2016. After graduating, he commissioned as a Naval Officer in 2013 and flew as a Student Naval Aviator. Upon leaving the Navy in 2015, Shawn returned to school at WSU to earn a second bachelors degree, this time studying Genetics and Cell Biology. Currently in the Kelley Lab, Shawn is seeking the genetic cause for coloration variance in Rainbow Trout (Oncorhynchus mykiss). 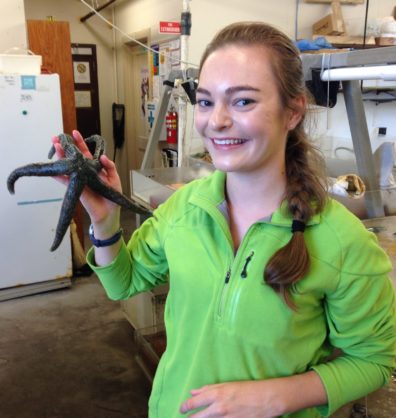 Kerry graduated from Muhlenberg College in 2015 with her B.S. in Biology. While at Muhlenberg, Kerry researched epibiosis on molluscan basibionts in the marine intertidal and the inducible defenses of a freshwater isopod Lirceus sp. in Dr. Erika Iyengar’s lab. After graduating, she studied a cryptic tribe of treehoppers called Darnini at the Smithsonian National Museum of Natural History as well as the rate of pre-spawn mortality in urban populations of coho salmon at a nonprofit in Seattle. She was named as a 2017 Abelson Fellow. 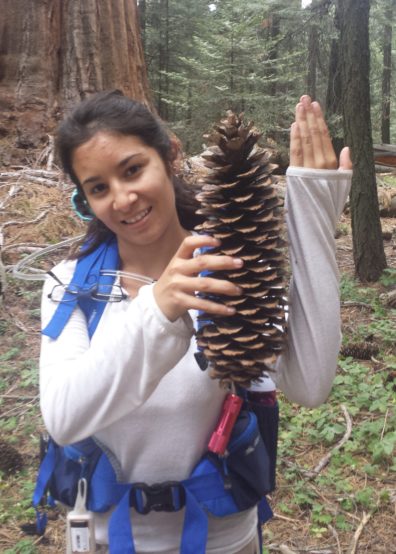 Alexia Gee, MS Graduate Student (started August 2018)
Alexia graduated from California State University San Marcos (CSUSM) in 2018 with her B.S. in Ecology. While at CSUSM, Alexia worked with Dr. Thomas Spady, researching the reproductive physiology of bears. Her first project as an undergraduate was researching whether or not females polar bears experience pseudopregnancy and if it can be quantified through hormonal analysis. She also researched whether or nor sperm competition is a sexual selection mechanism being used by male black bears. In addition, Alexia has experience researching the influence of climate change on the diversity of plant species in Eastern Oregon’s threatened sagebrush steppe. While in the Kelley Lab, Alexia will analyze genes regulated during hibernation in bears to better understand reversible insulin resistance. 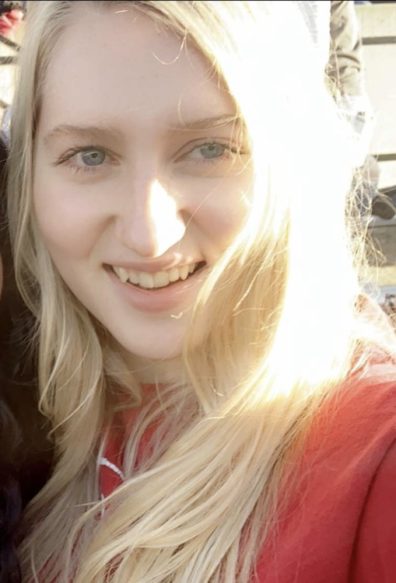 Keegan is getting dual Bachelor’s in chemistry and criminal justice. After college she plans to work in a crime lab to help bring accurate and trusted forensic science to the judicial system. She plans on helping further forensic science by ensuring that the proper protocols are followed and studying new techniques on how to handle evidence and how to bring a better understanding to the forensic world. She joined the Kelley Lab to learn more about a professional lab setting and to get a feel for her future. 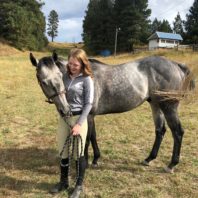 Maddi is a senior in the Honors College studying Neuroscience with a minor in Biology. After graduating from WSU, she plans to attend Medical School and get a PhD in Pediatric Neurology. For a career, she hopes to return to her hometown in Seattle to work at Seattle Children’s Hospital in the Center for Integrative Brain Research and Ben Towne Center for Childhood Cancer Research. She is currently co-authoring a research paper studying the effects of equine-facilitated interaction on cortisol levels and self-reported aspects of mood in adolescents. 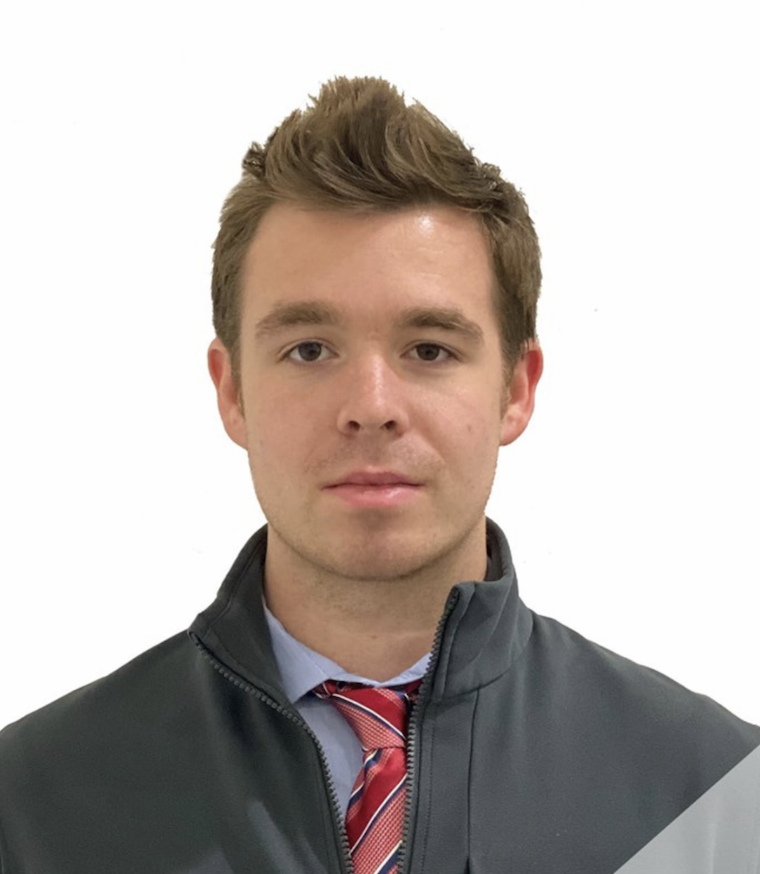 Jake is a sophomore in the Honors College at WSU. He is studying Genetics with a minor in Computer Science. Jake hopes to use his degree in Genetics to go to medical school and his minor in Computer Science to develop Android applications more effectively. For fun, Jake likes to work out, develop iOS applications with his father, and play on the Men’s Ice Hockey Team. 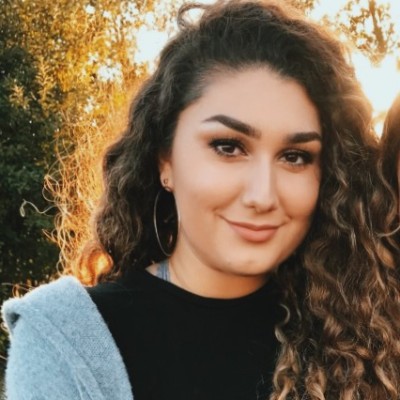 Lili is a recent graduate with her B.S. in Biology from the School of Biological Sciences at WSU. During her senior year, she joined the Kelley lab to gain research experience and to further her genomic knowledge. Lili hopes to pursue a career as a scientist who researches novel therapeutics to help enhance patient care and find new treatments. She is currently taking a gap year while applying to M.A. programs in Biology. She is excited to be continuing research in the Kelley lab and keep exploring the mysteries of bioscience! 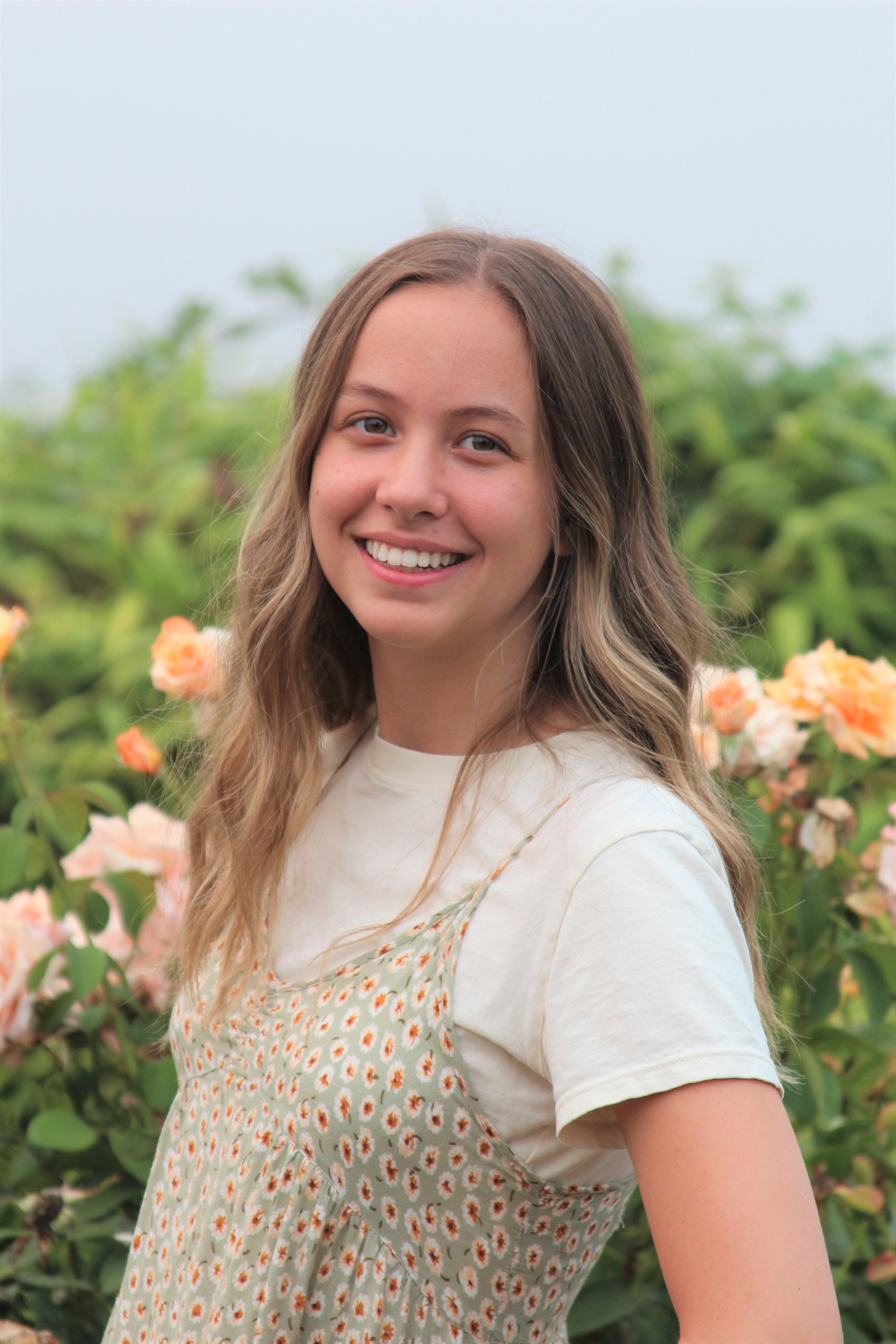 Anna is working on her B.S. in General Biology with minors in Computer Science and Spanish. She plans to continue her education by attending graduate school and obtaining a Ph.D. in either Computational Biology or Bioinformatics. She hopes that working in the Kelley lab is just the start of her long career in research. 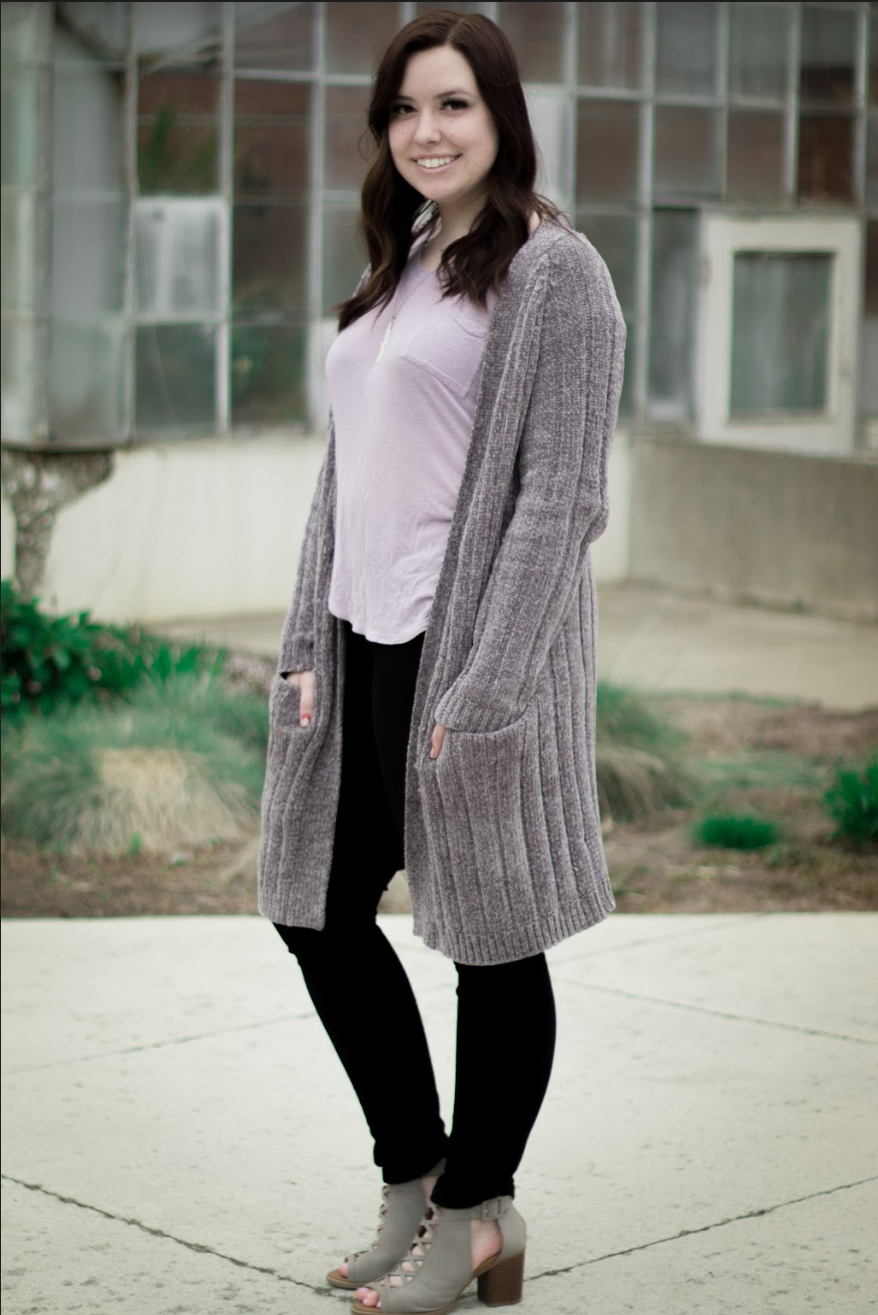 Kiersey is an undergraduate student planning on graduating May 2022. She is majoring in Genetics and Cell Biology and minoring in Physics. She moved to Washington to attend WSU from Utah, but has lived all over the western USA. Kiersey loves learning about genetics and organisms, and she hope to pursue genetic research after graduation. She enjoy playing and listening to music, working on her car, and playing with her dog (a mini Aussie named Snickers) in her free time.

Before joining the Kelley lab, Anthony received a B.S. in Biochemistry & Molecular and Cellular Biology at UC Davis. He then worked as a lab technician at UC Davis in Dr. Judy Van de Water’s immunology lab. While in the Kelley lab, Anthony studied the genomic basis of adaptation in hydrogen sulfide adapted fishes. Anthony was the recipient of the 2014 Abelson Fellowship from Washington State University College of Arts and Sciences. 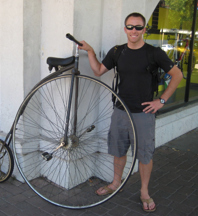 Corey worked as a lab manager in our lab for over 4 years. He oversaw both the molecular and computational aspects of the laboratory and brought many projects from the beginning to the end. He was previously a research technician at UC Davis and UNC Chapel Hill. Through this work he has come to discover that he really enjoys the computational aspect of biology. During his time at WSU he honed his laboratory and high-throughput sequencing skills while expanding his knowledge in computational biology.

Luana is currently a postdoctoral scholar at CSIRO in Australia. She is interested in the evolution and diversity of organisms and is particularly excited about using molecular techniques to answer questions about the timeframe of colonization of different environments and to investigating the factors that affect evolutionary rates. During her time in the Kelley Lab, Luana worked on these questions and investigated genome variation in Kryptolebias marmoratus. Luana received her PhD in Biological Sciences from The University of Sydney in 2015, where she focused on the molecular phylogeny of isopods. She has previously attained her M. Sc. and B. Sc. degree in Zoology from the Federal University of Rio de Janeiro. 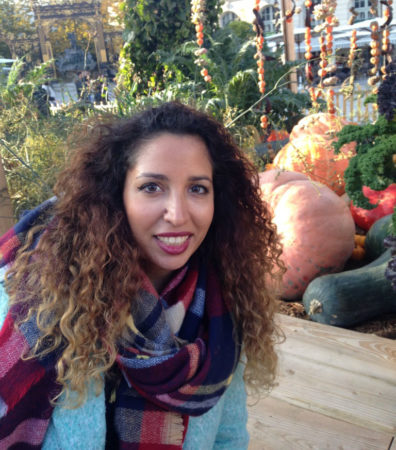 Laura obtained her Bachelor’s Degree in Microbiology at the Montpellier University (France) and now she is in the last year of a Master’s Degree in Bioinformatics at the same university. During her master’s degree she has done two internships and developed a strong interest for comparative genomics and the impact of structural variation on the evolution of species. She worked on benchmarking of several tools for the detection of structural variation in the rice genome. She is now doing an internship in the Kelley Lab working on detection and annotation of transposable elements in extreme species. 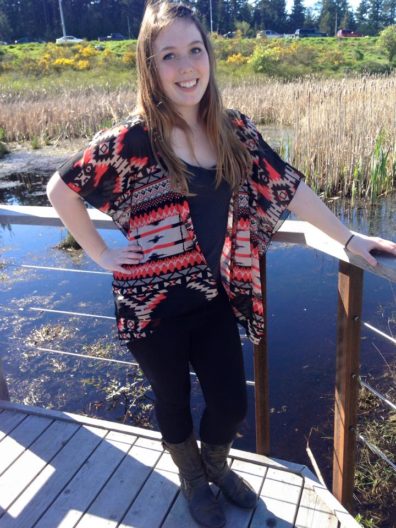 Courtney is studying zoology. Her goal is to study Veterinary Medicine at WSU’s College of Veterinary Medicine after earning her bachelor’s degree. She loves learning about life sciences and working with animals. She holds an executive position in hall government as Public Relations Chair and strives to communicate as much as possible with residents. She is also involved pre-vet club at WSU. She is excited about the computational side of genetics.