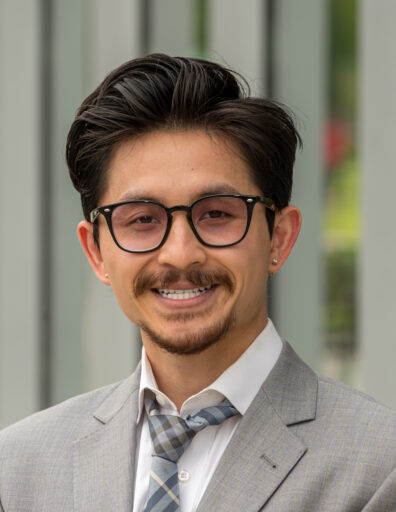 Bachelor of Science in Biochemistry – University of California, Los Angeles

James is currently a graduate student at the Washington State University (WSU) College of Pharmacy and Pharmaceutical Sciences. James obtained his Bachelor of Science in Biochemistry at the University of California, Los Angeles (UCLA) in 2016. He has since completed his Doctorate in Pharmacy at WSU in 2020, graduating as the recipient of the Mylan Excellence in Pharmacy award. While pursuing his PharmD, James was involved in a variety of extracurricular activities such as the Pharmacy Student Advisory Council and the American Society of Health-System Pharmacists, the latter of which he served as chapter president. He has also been involved in several research projects; in 2016-2017, he worked for Dr. David Liu at WSU Spokane studying ATF5 gene regulation. In summer 2017, he was part of the Summer Research Fellowship (SURF/SRF) program at WSU Spokane as a PharmD honors student. James joined the Paine lab in fall 2017 and has since contributed to a variety of research projects including determining microsomal/plasma protein binding for a variety of natural product constituents and serving as a clinical study coordinator. His current project focuses on elucidating potential transporter-mediated goldenseal-drug interactions using a top-down approach. Upon graduation, James would like to pursue a career in industry where he will contribute to drug development and discovery. His aspiration is to return to the College of Pharmacy to lead the next generation of aspiring pharmacists and pharmaceutical researchers.