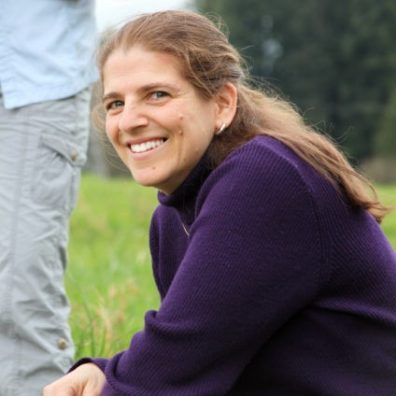 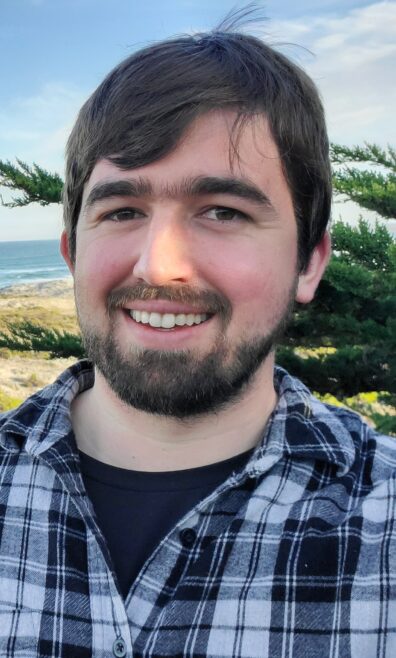 Collin defended his PhD in Ecology at Cornell University in 2019. As a theoretical ecologist, the tools Collin uses (dynamic models, computer simulations, and an array of statistical techniques) can be applied to diverse questions in ecology and evolutionary biology. He’s interested in three pressing questions in ecology: (a) How do plant defenses impact insect herbivores and structure plant and insect communities? (b) How do weather conditions and climate change impact population dynamics and phenology (the timing of life history events) for at-risk insects? (c) What structures communities of microbiomes, like those on cheese or in the human body? In the Schultz lab, Collin is discovering the fates of at-risk butterfly species, and determining how the yearly range expansion of Western Monarch butterflies has changed as their population crashed. 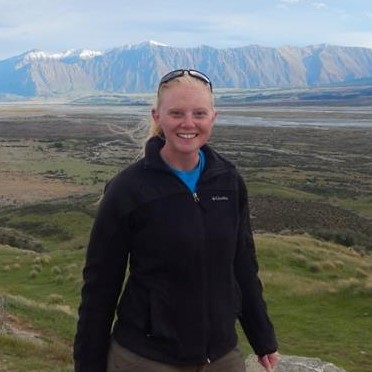 Sam Bussan
Ph.D. Candidate, Biology (email)
Sam completed a B.S. in Forest Ecosystem Restoration and Management from University of Wisconsin, Stevens Point in 2015. Her interests include butterfly biology, agroecology, sustainable agriculture, and restoration ecology. Her work as a member of the Schultz Lab focuses on butterflies on working lands—specifically, cattle and dairy farms—in the south Puget Sound. She is studying how different grazing management regimes affect butterfly community composition and diversity. 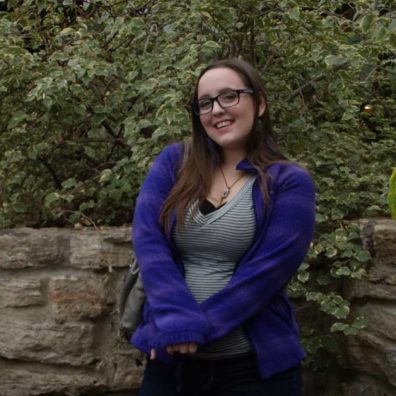 Kelsey King
Ph.D. Candidate, Biology (email)
Kelsey completed a B.A. in Biology and Environmental Studies at Cornell College in 2015 and spent the next several years working with Crane Trust in Nebraska. As a member of the Schultz Lab, Kelsey will be examining the natural history of Puget blue butterfly, a candidate species for listing in Washington, as well as investigating phenological shifts between the butterfly, plant community, and other associated species. 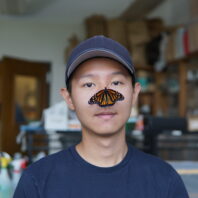 Technician (email)
Jason joined the lab in spring 2019 and has assisted on various projects including a season of fieldwork in the South Sound tracking butterfly movement in response to grazing regime and the Western Monarch Mystery Challenge in 2020 and 2021. 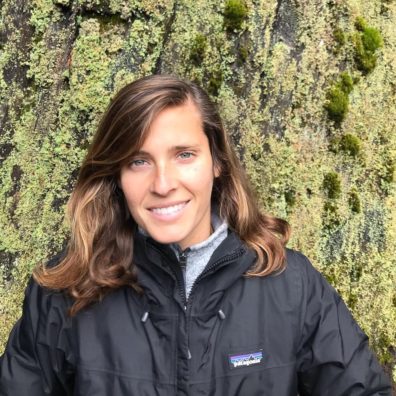 Communications and Outreach Coordinator (email)
Lilianne is the Communications and Outreach Coordinator for the Western Monarch Mystery Challenge. As a first generation American originally from Florida, she set her sights on UC Santa Cruz to study Ecology and Environmental Studies and graduated as a highly productive student researcher, science communicator, and amongst the top of her class. Now she is working at the intersection of science and the general public to bridge the two worlds in a seamless way.

Cassandra Doll
Technician, M.S in Biology 2021 (email)
Cassandra’s thesis examined the efficacy of using selective herbicides as a primary restoration tool in Oregon silverspot butterfly habitat, and she completed a Fellowship in the Directorate Fellow’s Program in the summer of 2020.

Chelsea Thomas
M.S. in Zoology, 2017
Chelsea’s thesis work focused on the mutualistic interaction between ants and larvae of the endangered Fender’s blue; factors that affect the mutualism and mutualist effect on larval survival. He then worked in the lab as a technologist on lab and field components of various projects on threatened and endangered butterflies, including western monarchs.

Leland Bennion
M.S. in Biology, 2018
Leland’s thesis work examined effects of grass-specific herbicide use on plant communities in Fender’s blue butterfly habitat. He is currently working on finishing analyses for the Schultz lab and working as a laboratory manager at the University of Pittsburgh.

Joey Smokey
M.S. in Zoology, 2017
Joey is a quantitative ecologist and is currently a Ph.D. student studying Computational Biology at Memorial University in Newfoundland and Labrador, Canada. His thesis work investigated the the relative impact of different fire management practices on population dynamics of Fender’s blue butterfly.

Thesis: Effects of a graminicide on three Euphydryas species, surrogates for endangered and at-risk checkerspots

Thesis: Characterizing a contentious management tool: the effects of a grass-specific herbicide on the silvery blue butterfly

Thesis: Sex-specific nectar plant use and selection by an endangered butterfly: implications for conservation and recovery

Thesis: Investigating the use of herbicides to control invasive grasses in prairie habitats: effects on non-target butterflies

Rachael Bonoan
Postdoctoral Researcher (2018-2020)
Rachael was part of both the Schultz Lab here at WSU and the Crone Lab at Tufts University, Rachael investigated the natural history of the symbiosis between Puget blue caterpillars and their attendant ants given potential phenological shifts.

Norah Warchola
Postdoctoral Researcher, 2013 – 2015
Norah split her time between WSUV and the Crone Lab at Tufts University. Her work at WSUV focused on the demography and movement of Fender’s blue butterfly and how the species reacted to prescribed burns of its prairie habitat.

June joined the lab in October 2019, and worked part-time between WSU and Tufts University. Her WSU work focused on analyzing long-term Fender’s blue data, and assisting with South Sound fieldwork.