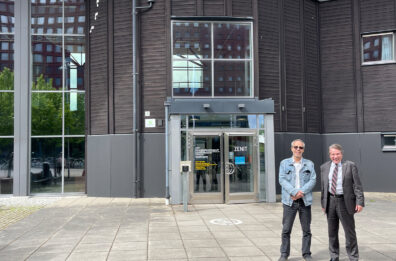 Students from Washington State University and Sweden’s Linköping University will participate in a pioneering exchange and research program in engineering and scientific computing, emphasizing the computing-based design philosophy that is supporting the international development of Boeing’s and Saab’s new T-7A Red Hawk training aircraft.

The aircraft is an all-new advanced pilot training system designed for the U.S. Air Force, which will train the next generation of pilots for decades to come. As Boeing and Sweden’s Saab have long-standing ties to WSU and LiU, respectively, they will also support this program, which provides students with an unparalleled opportunity to learn how challenging designs are advanced through international cooperation of multinational corporations.

WSU was awarded $300,000 by the National Science Foundation to support WSU students in Sweden. The WSU-LiU team also received matching funding from the European Erasmus+ program and the Swedish Foundation for International Cooperation in Research and Higher Education to support the LiU students at WSU. View the program summary and flyer.

“One of the objectives of this program is to graduate profession-ready students who are internationally educated and ready for leadership in a globalized society,” said Joseph Iannelli, a professor of mechanical engineering in WSU’s School of Engineering and Applied Sciences. He is leading the program together with Jan Nordström, a distinguished professor of computational mathematics at LiU. Andrew Winters, a WSU alumnus and assistant professor in computational mathematics will supervise the students’ research projects at LiU.

“The scientific knowledge and international experience gained by the students from this exchange program will prove invaluable,” added Winters. “It strengthens their CV immensely.”

“This project will also prepare students for employment opportunities with corporations that employ scientific computing and operate in the U.S. and Sweden.” said Iannelli. Students will benefit from studying in Sweden and the U.S. while gaining familiarity with the cultures of both countries.

“We have worked with WSU and Professor Joseph Iannelli during the past year, performing calculations for aerodynamic applications. This collaboration is of general interest and can be used in most contexts in which advanced technical development and high precision are required. It is particularly useful in the aerospace industry for companies such as Saab and Boeing,” Nordström added.

Boeing and Saab will enrich this program. They will advise on aerospace-related scientific computing projects and mentor students, who will be offered opportunities for company site visits and internships. Students will also learn how computing-based designs lower development costs, increase first-time quality of prototypes, and decrease time to bring complex systems, such as aircraft, to markets.

“Boeing is proud to support the education of up-and-coming engineers through this unique exchange and research program,” said Craig Bomben, Boeing vice president of flight operations and enterprise chief pilot. “This partnership will prepare students for the engineering field and help them fulfill their career ambitions.”

“Saab has built a factory in the US which is just starting production to satisfy the need for training aircraft from the US Air Force and other customers. Working together, industry and the academic world on both sides of the Atlantic enable us to satisfy and secure the commitment and expertise of current and future co-workers,” said Nils Erik Peterson, head engineer for the T-7A at Saab.

He views the collaboration in this student-focused program very positively, as Saab and Boeing, are testing the T-7A Red Hawk training aircraft.  “Challenges when working across different cultures must always be taken seriously, and this collaboration will give us who are involved additional positive lessons and synergies. It will also help to strengthen Linköping, where both LiU and Saab are located, as Sweden’s center of aeronautical engineering,” Peterson added.

The Swedish Meteorological and Hydrological Institute (SMHI) is also involved in the collaboration. Students will be able to share in SMHI’s research into meteorology, oceanography and climatology.

WSU and LiU have been developing their international partnership for several years, after Iannelli’s 2017 outreach to LiU. Thereafter, the two universities signed a memorandum of understanding and a reciprocal student exchange agreement. The US is one of LiU’s prioritized geographical regions for international collaboration, as LiU begun expanding its global engagement in January 2021.

A comprehensive internationally ranked peer university, LiU emphasizes multidisciplinary research and manages Sweden’s National Supercomputer Centre (NSC). “By pooling their teams and financial resources, WSU and LiU can advance education and research at the international level more effectively than allowed by the resources and know-how of any single institution,” Iannelli said. 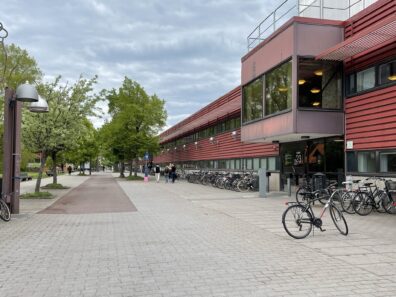 The three-year project will involve 42 diverse students: 21 from WSU and 21 from LiU. Each of the participating WSU students will receive a $12,000 fellowship.  The project synergistically integrates two study-abroad semesters with a research experience and matched student cohorts. At LiU, the WSU students will be collaborating with an equal number of LiU students who will then complete an exchange semester at WSU. At LiU the Swedish students will assist the WSU students with the local culture and vice versa at WSU.

In Sweden, the WSU and LiU students will learn how physical systems function through computer-based simulations that rely on mathematical algorithms. The WSU students will also take English-taught courses at LiU and transfer their academic credits towards their WSU degree requirements. The program is expected to begin in January 2023.

The boundary-crossing international collaboration and cultural engagement will be valuable for all participating students to experience, as several global challenges must be solved jointly by organizations and countries, according to the 17 goals in the United Nations’ 2030 Agenda for sustainable development.