It was a peer reviewed conference, organized and hosted by UNSW Sydney under IFAC 8.1 Control in Agriculture (a technical committee chaired by Dr. Karkee) and was 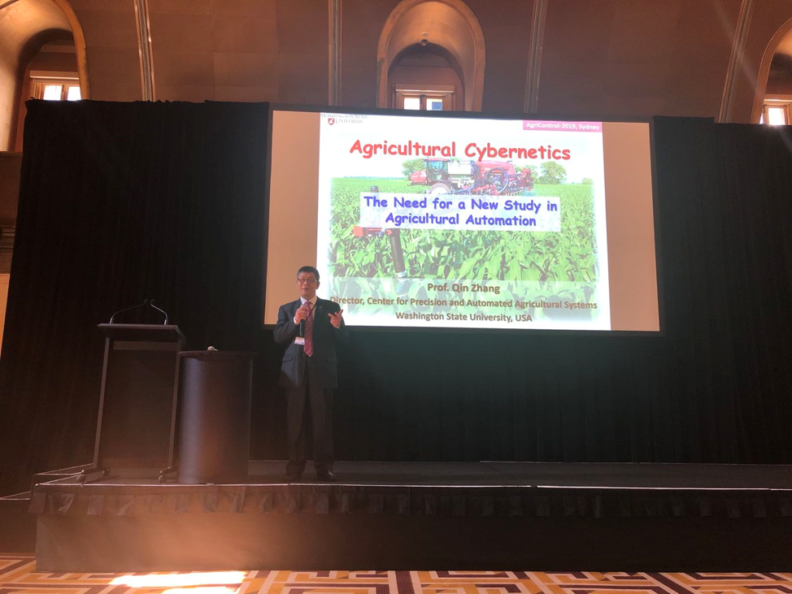 held at the Fullerton Hotel (currently the Westin) in Sydney’s CBD. The objective of the conference was to promote and disseminate sensing, control and automation research directed at agriculture. The conference scope spanned the areas of fundamental, developmental, as well as applied and experimental work from the researchers working in the broader area of agricultural automation and robotics. 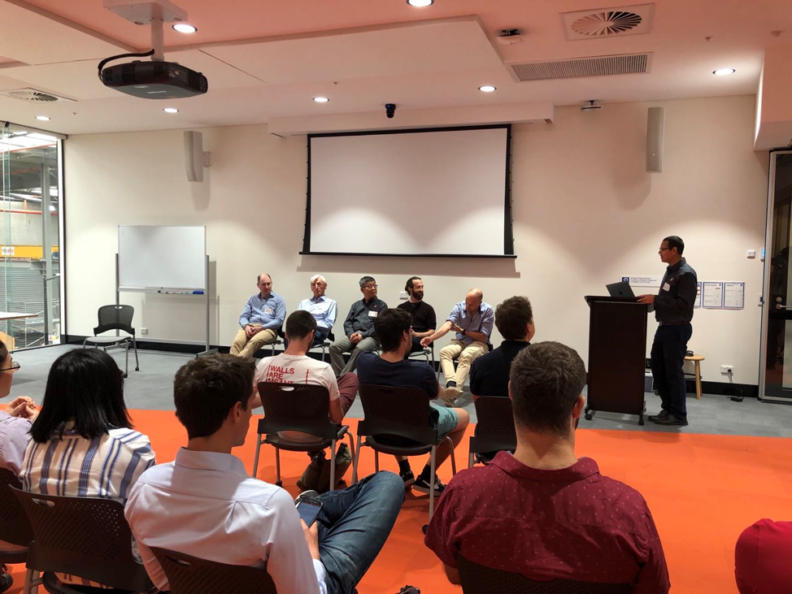 Washington State University-University Technology Sydney Joint Center on #AgRobotics organized an international workshop on Agricultural Automation and Robotics. About 80 scientists, researchers, engineers, students and other stakeholders from around the world attended the workshop held at University Technology Sydney on Dec 3, 2019. The workshop provided attendees an opportunity to be a part of an important discussion led by prominent, invited researchers and entrepreneurs from both academia and industry. The workshop reviewed the latest accomplishment on agricultural automation and robotics, assessed the limitations and challenges and discussed the potential direction for future research and development. 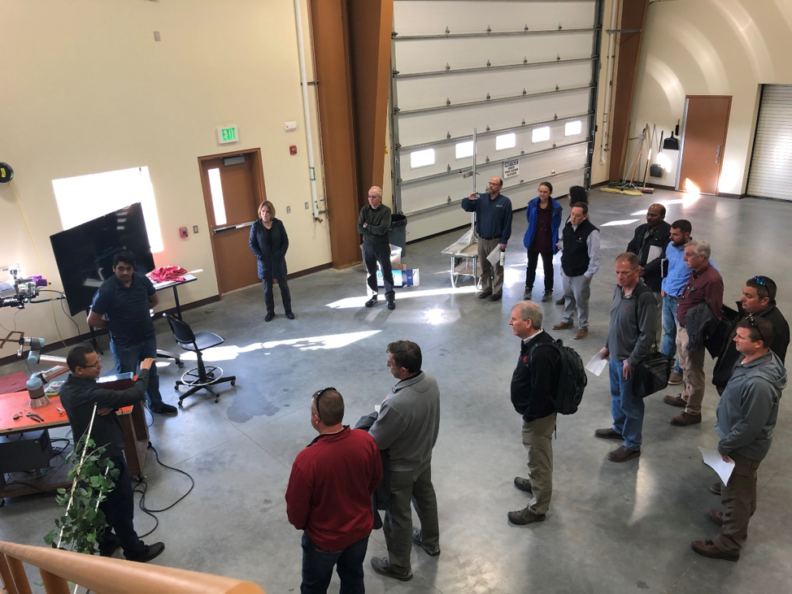 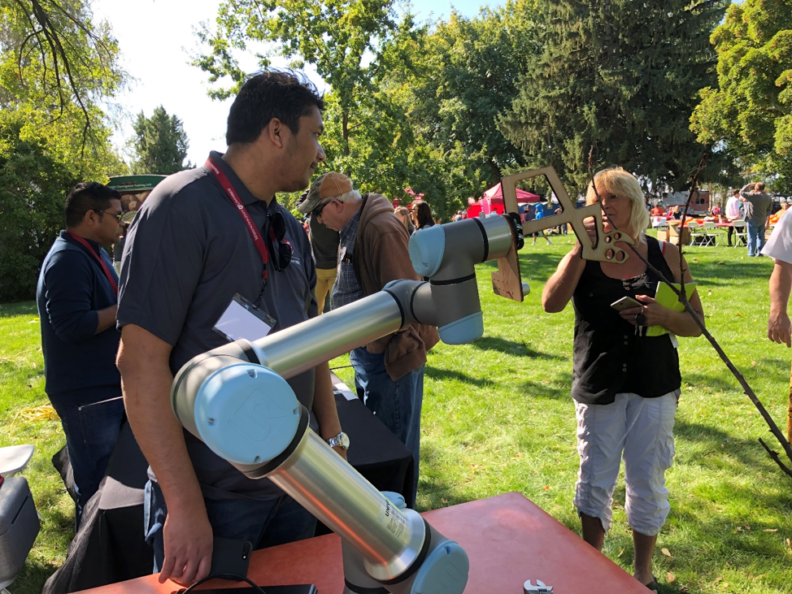 Our team actively participated in various events organized at IAREC for its Centennial celebration. We demonstrated our robotic systems to public visitors in the event ‘Past, Present & future of IAREC’ and presented the accomplishment of our research program to a large group of invited dignitaries including WSU President Kirk Schulz and US Congressman Dan Newhouse. 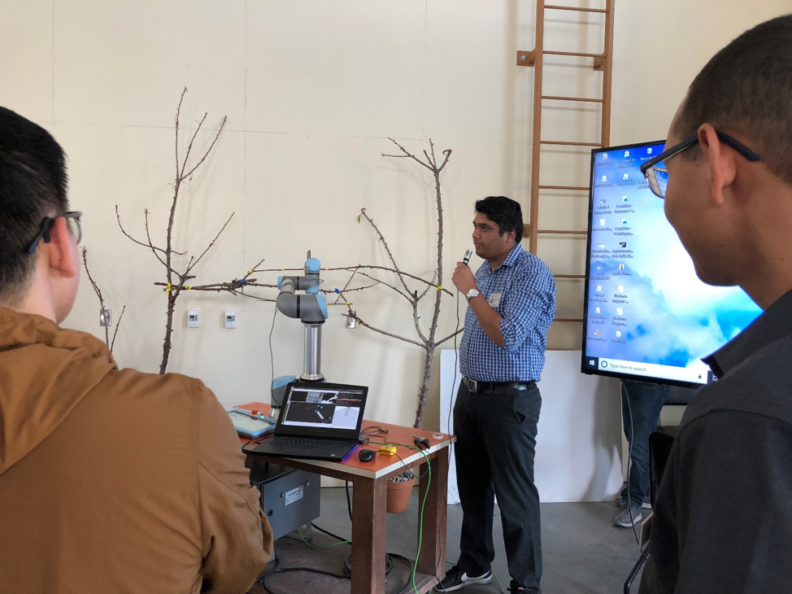 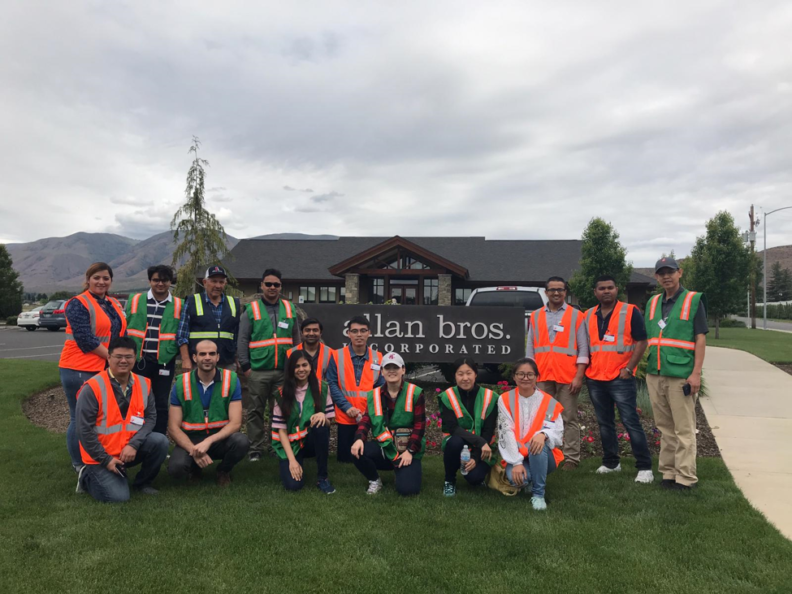 Agricultural Automation and Engineering Club (and Dr. Karkee as the adviser of the club) organized an industrial visit to Allan Brothers, Inc., an agricultural and fruit packing company. The company is recognized for their high quality domestic and export fruit products. The visit presented an opportunity to WSU participants to learn about the production and packing processes as well as tools and technologies currently used in the industry. We also interacted extensively with the company leaders to understand the needs of the industry around automation and robotics technologies and how our research program could play a role in developing solutions to meet those needs.

Visitors from Chinese Academy of Agricultural Sciences hosted at CPAAS; May 15, 2019

Researchers from Chinese Academy of Agricultural Sciences (Beijing) were given a tour of major research activities at the center. We also discussed about potential ways WSU could collaborate with the academy in the future. 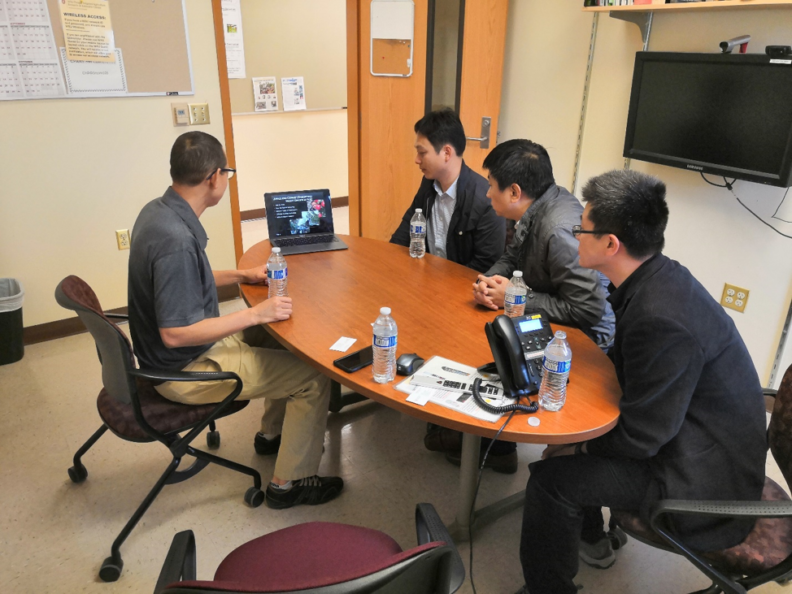 on #AgRobotics was established between WSU Center for Precision and Automated Agricultural Systems and the Center for Autonomous Systems at University Technology Sydney (UTS). A group of  researchers and university leaders from UTS were hosted at WSU Pullman and at WSU CPAAS from Sep 23 to 25, 2018 to sign the agreement (signed by WSU Vice President Christopher Keane and UTS counterpart), to give tours of our research programs and facilities, and to discuss about the potential direction and collaborative activities the join center would focus on in the future.

Various Ag technologies being developed at CPAAS were briefed to a tour group of National Crop Insurance Leaders. 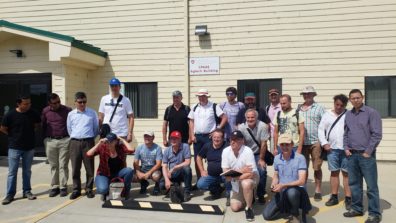 A group of tree fruit growers and researchers (Led by Joan Bonany, IRTA) from Catalonia, Spain were hosted at WSU CPAAS. Dr. Manoj Karkee led the team through a discussion of various research projects currently being carried out at the center and a tour of various prototype systems developed at the center. CPAAS director Dr. Qin Zhang and faculty member Dr. Lav Khot also participated in the discussion and tour. The visitors expressed a huge interest on automation robotics and precision ag technologies for orchards. 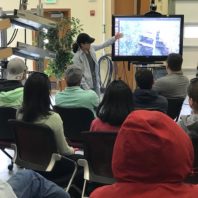 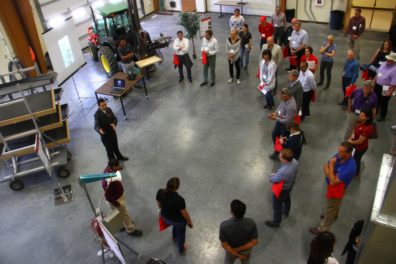 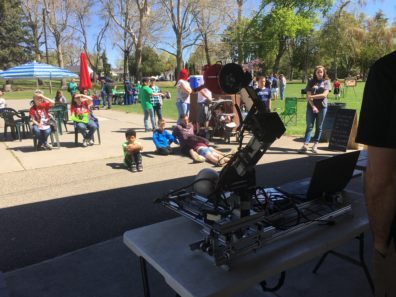 dents and other community members attending Prosser Science Expo organized at Prosser High School. Technologies displayed attracted a lot of students, which could be helpful in bringing new generation into agricultural industry (including higher education, research, development, and operation).

On February 24, 2018, research and development activities at CPAAS were presented to the local community including K-12 student at an Agricultural Technology day held at Hanford Reach Interpretive Center (REACH Museum). 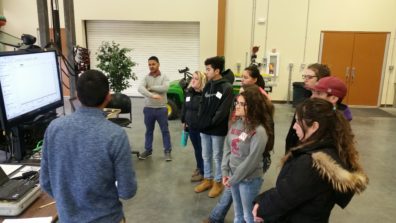 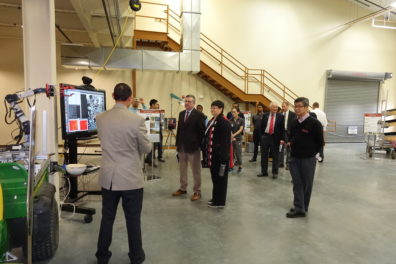 osted WSU President Kirk Schulz, first lady and Professor Noel Schulz, CAHNRS Dean Ron Mittelhammer, and other members of WSU leadership team on Feb 7, 2018. Precision ag, and ag automation and robotics projects and prototypes we demonstrated were well received and regarded by the president and the leadership team. 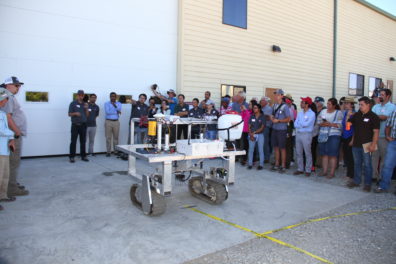 CPAAS Expo (generally a biannual event) is organized to showcase all the research projects and prototypes to growers, manufacturers, crop consultants, policy makers, government organizations and other stakeholders of agricultural industry. 2017 event was attended by close to 200 people. 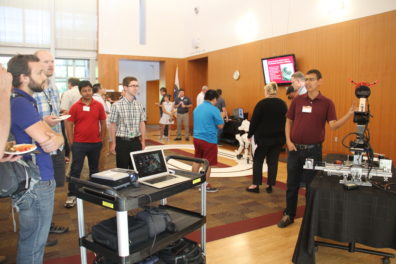 The goal of the event was to demonstrate various types of applications of robotic systems to the public. We were one of the presenters and exhibitors displaying/demonstrating the robotic apple harvesting system. 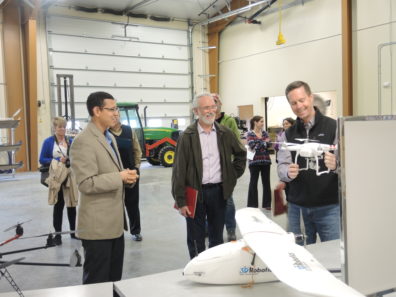 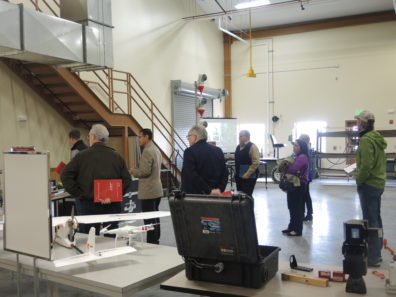 The goal of the event is to inform our local high school students of all the opportunities around Science and Engineering  in Agriculture and research and development activities at IAREC (Irrigated Agriculture Research and Extension Center) and CPAAS. We demonstrated various automation and robotic technologies being developed and evaluated at our lab.