Everything is at stake.

Bill McKibben explicitly warned in a talk at Clark College in Vancouver, WA, during the 2013 “Summer Heat” campaign, the stakes in the Northwest struggle are not only local but global. McKibben is the author of the End of Nature, the landmark book on climate change,

Bill McKibben’s talk at Clark College closely followed the catastrophic oil train explosion in Lac-Megantic, Quebec that left 47 dead, destroyed much of the downtown core, and contaminated both land and waterways. Speaking a mere two weeks after the explosion, McKibben noted that concerns about the safety of local communities and waterways were only one piece of a much larger global picture, one in which “Geography is destiny” and in which the Pacific Northwest “has emerged as [a] great chokepoint” in the struggle for the survival of the planet as we know it.

Big Oil views Pacific Northwest ports as  a strategic and necessary asset,  the most direct exit for fossil fuels headed for west coast refineries and domestic and international markets. Activists in Asia and in other continents and countries don’t want these fossil fuels anymore than we do.

We have the choice, then, as McKibben framed it, to “open the flood gates” to fossil fuels –from the Alberta Tar Sands in Canada, to the Powder River Basin in Montana and Wyoming, to the lunar landscape of the Bakken formation in North Dakota. Or we can say “No, that’s not going to happen here.” And, as McKibben noted, “if it doesn’t happen here [in Vancouver, Washington] and a few other places along the coast, it really can’t happen anywhere” in the U.S.

Over the past decade, the Pacific Northwest has been remarkably effective in holding fossil fuel companies at bay, but even as we witness the unfolding effects of climate chaos, we recognize that the critical work of “Holding The Thin Green Line” is likely to be a decades-long struggle. In the Northwest, we can draw courage from the struggles of front line climate justice communities–from Papua New Guinea, Puerto Rico, the Maldives and the Marshall Islands to the Arctic Circle—that are contending with unfolding climate chaos and displacement. Marshalese poet Kathy Jetnil-Kijiner captures the stakes in the struggle and the power and promise of fossil fuel resistance in her 2014 UN Climate address.

Closer to home, right here in Washington state, coastal Tribal Nations like the Hoh, the Makah and the Quinault are dealing with the threats posed by rising sea levels, tsunamis, and ocean acidification. Over the past several years, the Quinault have been formulating plans to move their lower village of Taholah to higher ground. Taholah is home to some 660 people, a hundred of whom are tribal elders. The voices and testimony of Native leaders like Quinault Tribal Chair Fawn Sharpe, preserved in both hearing testimony and videotaped interviews archived on this site provide critical insights into the challenges and threats that climate change already poses to Pacific Northwest tribal nations.

And if the decades long struggle ahead of us seems like a daunting task, non-Native people might take strength and inspiration from voices like Celilo Wyam activist Lana Jack, who is among the activists we interviewed for the oral history interviews on this website.  For Jack, like so many Native elders and activists—from the Kwakiutl, Nuu chah nulth, and Salish of British Columbia, to the Lummi and Swinomish at the northern most tip of Washington state, to the Northern Cheyenne in the Powder River Basin—the unfolding struggle is part of a far longer history of resistance, one that dates back to 1492.  Lana Jack joined thousands of other activists–Native and non-Native allies–at Standing Rock to assert Indigenous sovereignty and protect clean water for all of us. The multigenerational struggle at Standing Rock showcased  the role of art in inspiring people to creative acts of resistance that grow and sustain the movement.

Historically, Big Oil treated reservations and other embattled communities as “sacrifice zones”  to be exploited at will. However, like cannibalistic windigo monsters in Anishinaabe stories, the power and greed of Big Oil has grown exponentially with each ecosystem it has consumed. 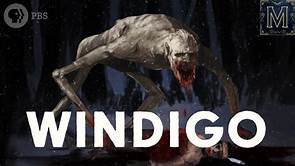 Naomi Klein observes in This Changes Everything: Capitalism vs. the Climate, in recent years, “the sacrifice zones have gotten a great deal larger, swallowing ever more territory, putting many people who thought they were safe at risk,” and “several of the largest zones are located in some of the wealthiest and most powerful countries in the world” (311). In the Pacific Northwest, as in so many places around the world, much of that wealth has been accumulated at the expense of Indigenous communities and the lands they depend upon, and at the disproportionate expense of exploited Black, Latino and Asian American workers.

If explosive mile long bomb trains, coal dust, diesel particulate and oil spills stand to impact all of us, the impacts will still be disproportionately felt by Native communities and other low-income “frontline” communities in the region. The videotaped interviews with area activists, then, focus particular attention on the experiences, concerns and strategic observations of activists from environmental justice communities that are most at risk from these projects.  However, all of the interviews illuminate the challenges of preserving and continuing to build diverse and broad-based coalitions to hold “The Thin Green Line” for decades to come.