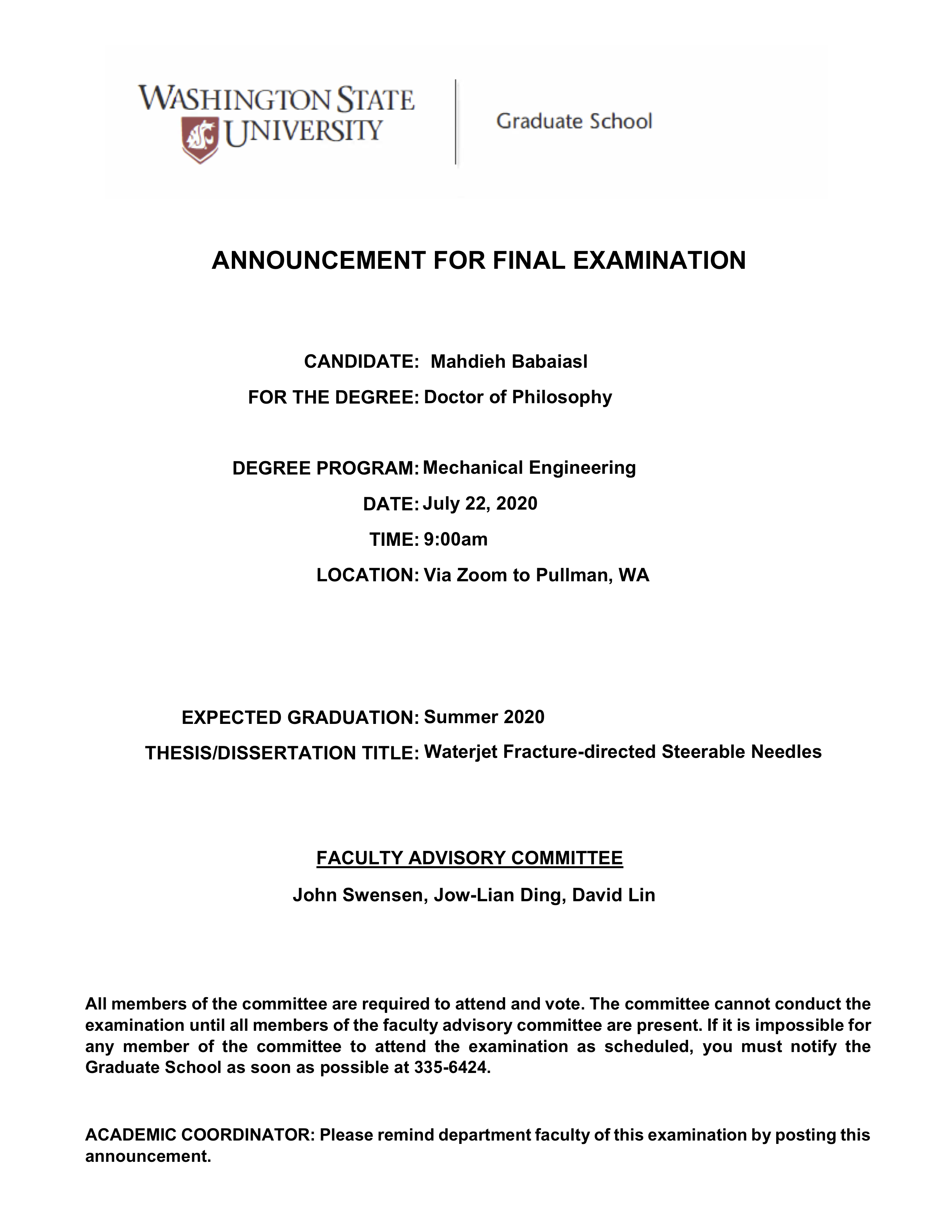 The abstract of the thesis as follows:

Robotic needle steering is a proposed method in the literature for controlling long flexible needles through curved paths in the soft tissue. Needle steering is proven to be effective in correction of insertion errors, steering around obstacles to reach the targets unreachable through conventional methods, and reaching to multiple targets from a single insertion.

In spite of their many advantages and potential applications, they are limited by a number of factors. First off, they have constant curvatures and the attainable radius of curvature is a function of the needle and soft tissue parameters. Buckling is another issue that happens when the needle goes through structures and tissues that it cannot penetrate. This imposes a large force at the base of the needle and causes it to buckle.

The use of the waterjet in medical applications has been developed more recently and it is used for different applications such as soft tissue resection, bone cutting, wound debridement, and surgery. Because of the many advantages that the waterjet provides like selective cutting of the tissue layers in which the tissue layers can cut deliberately by controlling the pressure of the waterjet, it is an appealing technique for surgery instead of knife.

Our results showed that cutting the tissue with the waterjet can eliminate the cutting force and thus reduces the force at the base of the needle resulting in reduced buckling. Moreover, waterjet steerable needles showed the possibility of smaller radius of curvature with reduced tissue damage. Waterjet steerable needles promise tissue-agnostic steering in which the needle can be chosen to have a low bending stiffness (because the waterjet does the cutting) to obtain super small radii of curvature. 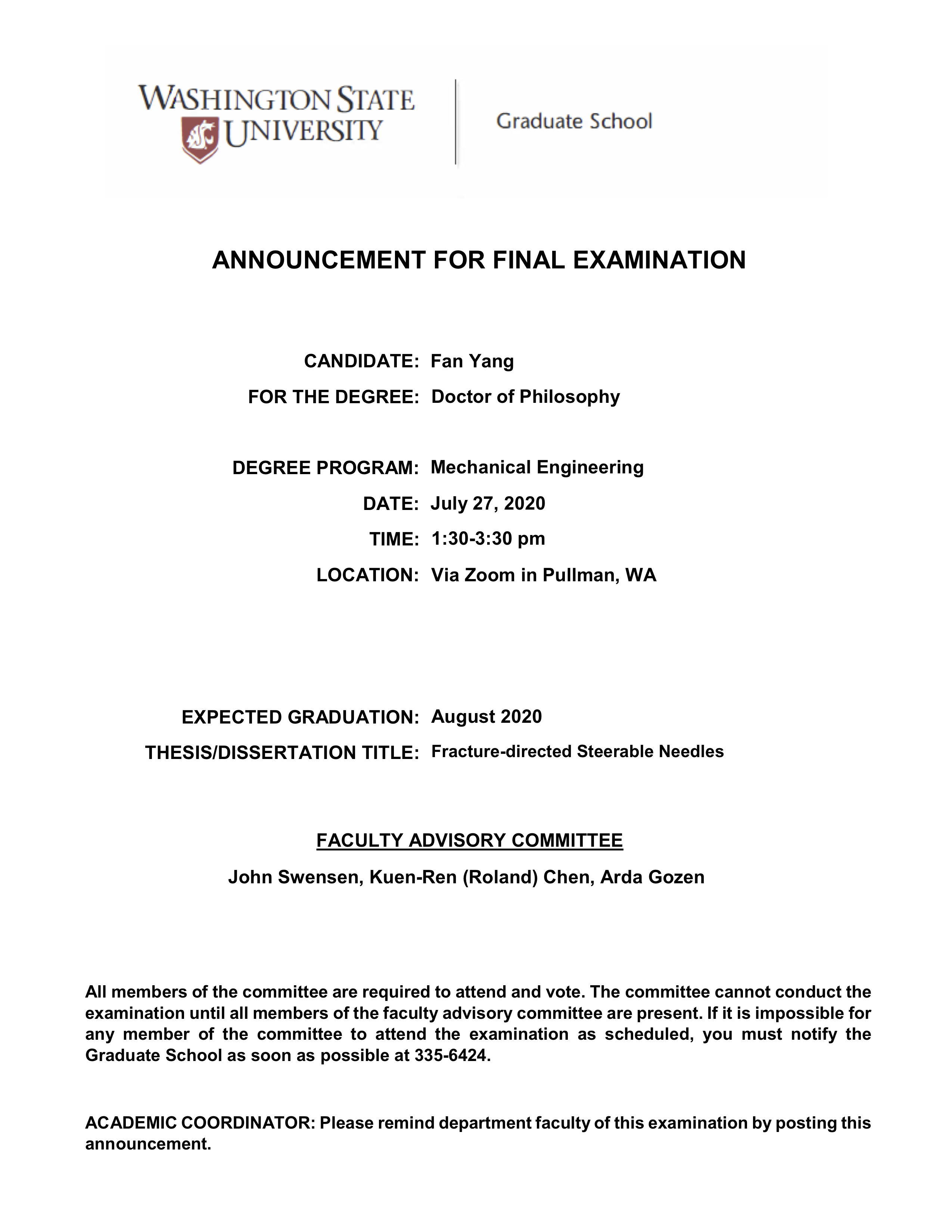 The abstract of his dissertation is as follows:

Steerable needles have been widely researched for many years. Since they have the availability to steer to a target point avoiding obstacles and correcting themselves for disturbances, they have great potential to improve the accuracy of both therapies and biopsies.

However, the ability to make late-insertion corrections was limited by the attainable insertion radius of curvature. This dissertation describes the design and modeling of a new class of steerable needles, the insertion process is to first control the direction of the tissue fracture with an inner nitinol wire and then follow with a hollow nitinol tube.

A comprehensive predictive model was developed based on experimental data to predict the insertion radius of curvature across a wide range of tissue stiffnesses and a complete finite element analysis model was conducted to validate it.

A variety of inner stylet geometries are investigated using tissue phantoms with multiple stiffnesses, and discrete-step kinematic models of motion are derived heuristically from the experiments.

Both of them have the capability to conduct closed-loop re-planning based on real-time visual feedback. This steerable needles research was motivated by reducing insertion radius, improving insertion accuracy, and ameliorate the clinical outcome.