Electric field induced particle-particle interactions and assembly are of great interest due to their useful applications in microdevices. The behavior of particles becomes more complex if multiple particles interact with each other at the same time. We developed a numerical model for dielectrophoresis-based particle-particle interactions and assembly using a hybrid immersed interface-immersed boundary method. The immersed interface method is employed to capture the physics of electrostatics in fluid media with suspended particles [1]. Particle interaction based dielectrophoretic forces are obtained using Maxwell’s stress tensor without any boundary or volume integration [2]. Numerical results show that in a fluid media, similar particles from a chain parallel to the applied electric field, whereas dissimilar particles form a chain perpendicular to the applied electric field. Irrespective of initial position and orientation, particles first align themselves parallel or perpendicular to the electric field depending on the similarity or dissimilarity of particles. 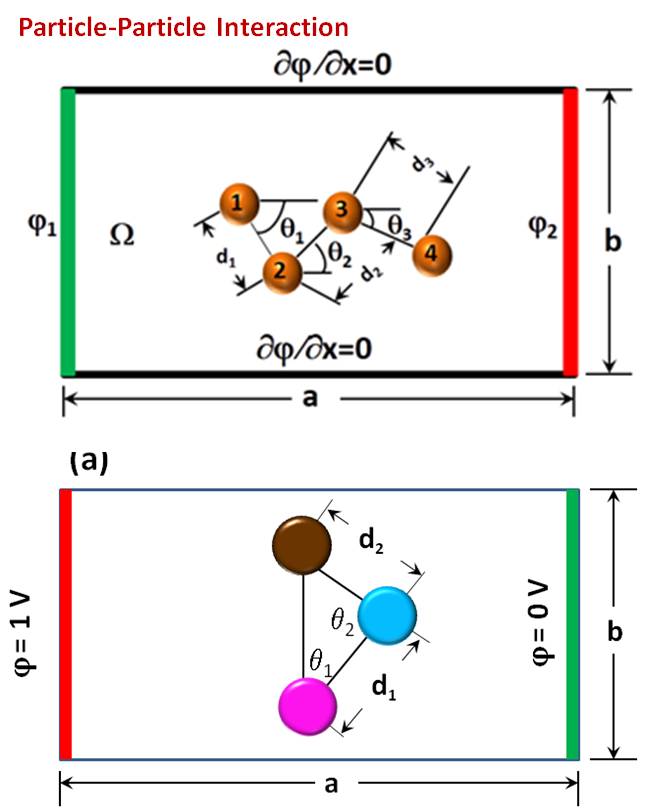