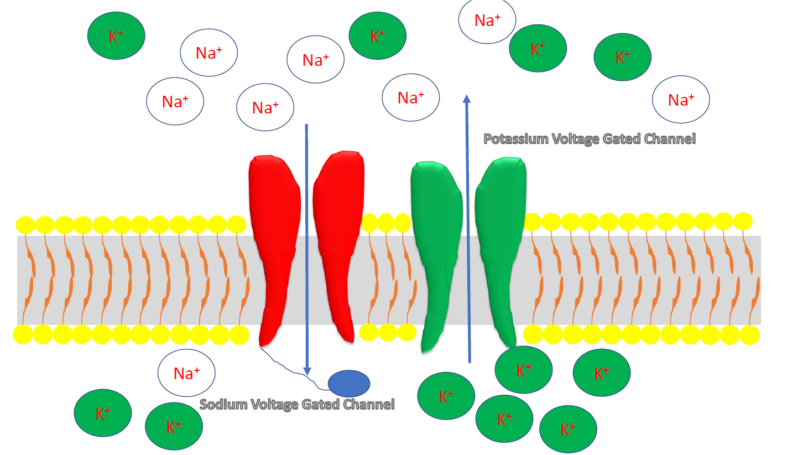 Neuron cells have grabbed the researcher’s attention because of its importance in brain structure and function. Neuron is a cell, which receives, transmits or passes information from one neuron to another or other cell by an electrical and chemical signal. The brain is responsible for many functions in the body such as feels, thinks, interaction etc. Neuron is the essential part of central nervous system for passing the signal to the other part of the body. The structure of the brain consists of roughly 100 billion to 100 trillion of neuron cells. Based on the Hodgkin-Huxley model[1], the cable theory has been introduced to simulate the neuron cell by considering the neuron as a cylinder has a constant diameter and length. It can simulate the neuron by organizing the behavior of cells in the potential governing equation based on the charge conservation and ionic species concentration governing equations based on mass conservation. The communication of neuron cells via a signal, which called action potential, can be simulated and figure out which is important to study the cells carefully without cost experience.