In robotics and haptics, actuators that are capable of high force output with compact size are desired for stable and stiff interfaces. Magnetorheological brakes are viable options for such implementations since they have large force-to-volume ratios. Existing linear magnetorheological brakes have limited strokes, are relatively large, and have high off-state friction forces mainly due to the piston-cylinder internal design. 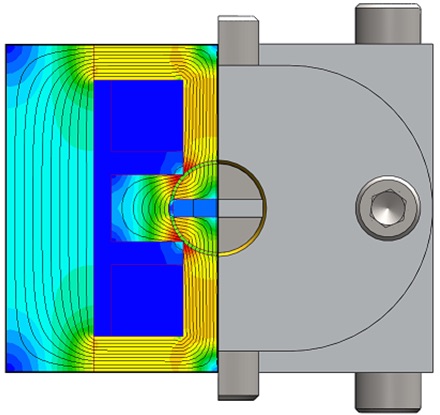 The design uses the serpentine flux path concept to eliminate the piston-cylinder arrangement.