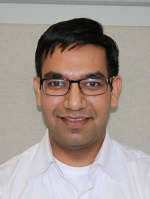 Subhanshu Gupta received the B.E. degree from the National Institute of Technology (NIT), Trichy, India, in 2002, and the M.S. and Ph.D. degrees from the University of Washington, Seattle, WA, USA, in 2006 and 2010, respectively. In 2015, he transitioned back to academia as an Assistant Professor of Electrical Engineering at Washington State University.  He has earlier held industrial positions at Maxlinear Inc. (Irvine, CA) from 2011 to 2014 and Novell Netware from 2002 to 2003. At Maxlinear, he worked on a host of RF/Mixed Signal products involving data converters, synthesizers and receivers for satellite/cable TV applications including product testing and verification.

He has received the National Science Foundation CAREER award in 2020 and Cisco Faculty Research Award in 2017. He has been the recipient of the Analog Devices Outstanding Student Designer Award in 2008 and IEEE RFIC Symposium Best Student Paper Award in 2011 (3rd place). He is serving as the Associate Editors for IEEE Transactions of Circuits and Systems for 2020-21. In the past, he has served as Guest Editor of IEEE Transactions of Circuits and Systems – 1: Regular Papers and IEEE Design and Test in 2019. His current research interests are centered around analog mixed-signal circuits and systems for wideband reconfigurable radio transceivers, signal and image processing paradigms, and ultra-low-power energy harvesting circuits.
Email: sgupta@eecs.wsu.edu,
LinkedIn

Huan Hu received the B.S. degree in electrical engineering from University of Electronic Science and Technology of China, Chengdu, China, in 2013 and the M.E. degree in analog &mixed-signal IC design from Oregon State University, Corvallis, OR, USA in 2015. He is currently working toward the Ph.D. degree at Washington State University, Pullman, WA, USA. His current research interests include low power analog and mixed-signal IC for IoT. He is currently at internship with Biotronik (Portland, OR). 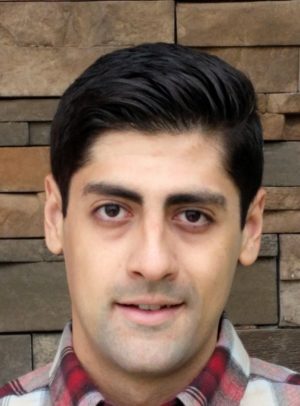 Arya Rahimi received his B.S. degree from Washington state University in 2013. He joined the PhD program at Washington State University in 2014 where he is working on Wearable Body Sensor Networks, compressive sensing and adaptive clocking data converter architectures. He received the Leroy Nosbaum Engineering Scholarship for the years 2012 and 2013, and most recently he received the Alaska Airlines and NT4D student travel grant. He is currently at internship with Philips Healthcare (Bothell, WA). 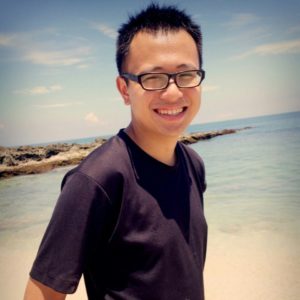 Chung-Ching Lin received the B.S. degree in electrical engineering from Tatung University, Taipei, Taiwan in 2012 and M.S. degree in communication engineering from Yun Ze University, Taoyuan, Taiwan, in 2014. From 2016 to 2018, he was with Southern Methodist University, Dallas, Texas, where he worked on the design of low power RFIC, millimeter-wave power amplifier and clock distribution network in 3D architecture.  He joined Washington State University, Pullman, Washington in June. 2018, and is currently working toward his Ph.D. degree. His current research includes energy-efficient transmitter and frequency synthesizer design for wireless/wireline communications. He is the recipient of IEEE CAS travel award in 2019, Southern Methodist University graduate student travel grant in 2018 and Yu-Ziang academic scholarship from Yuan Ze University in 2013. 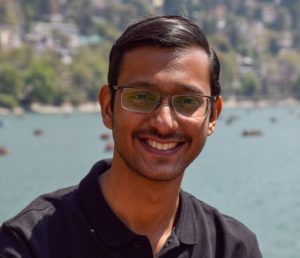 Shrestha Bansal received his B. Tech degree from JUIT Solan, India in 2015, and M. Tech degree from IIIT Delhi, India in 2017. He was an intern at STMicroelectronics, Noida from Jul’16 to Jun’17, where he did his Master’s thesis on digital LDO design. Subsequently he joined STMicroelectronics as a Design Engineer in Automotive & Discrete Group from Jul’17 to Jul’18. He joined Systems-on-Chip Lab at Washington State University (Pullman, WA) in Fall 2018 and is working towards his PhD degree. His research interests include low-power analog/mixed-signal and neuromorphic circuit design for high-throughput and low-power circuits and systems.

Soumen Mohapatra (co-advised with Prof. Deuk Heo) received his B. Tech degree from National Institute of Technology Rourkela, India in 2015. He was working in CMOS Image sensor group of ON Semiconductor for 2 years and in PMIC team of Samsung R&D, India for 2 years.  He joined Washington State University (Pullman, WA) in Fall 2019 and is working towards his PhD degree. His research interests include Frequency synthesizers, Switched Inductor Capacitor Voltage Regulator, Mixed Signal Circuit Design.

Liangyu Zhang received the B.S. degree in Mechanical Design, Manufacturing and Automation from Shenyang Institute of Technology, China in 2015 and the M.S. degree in Biomedical Engineering from Northeastern University, China in 2017. He is currently working toward the Ph.D. degree at Northeastern University, China and he is visiting WSU Systems-on-Chip Lab for one year. His current research interests include the application of compressed sensing in wireless body area network. 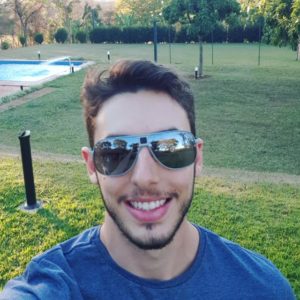 Leonardo B. Carreira received his B.S degree in electrical engineering from the University of São Paulo, São Paulo, Brazil in July of 2019. He was a visiting intern at the SOC Lab during his exchange program from Fall 2015-Summer 2016 and from Spring 2019 – Summer 2019. He is now pursuing his Master’s of Science degree at WSU and currently investigating hardware security techniques using random number generators for IoT Systems.

Yuling Liu received his B.S degree in electrical engineering from Washington State University, Pullman, WA in May of 2019. He joined his MS program in August of 2019 at WSU System-On-Chip Lab right after. His current research includes ultra-low power analog circuit design.