An outreach event arranged by The Graduate and Professional Student Association (GPSA) is hosted by M3 robotics Lab on March 2020.

In this event, kids are become familiarized with research going on in our lab such as steerable needles, soft robotics and Shape Memory Alloys (SMAs). They had the chance to do their own experiment with a worm made of Shape Memory Alloy.

Enjoy some of the photos and videos of the event: 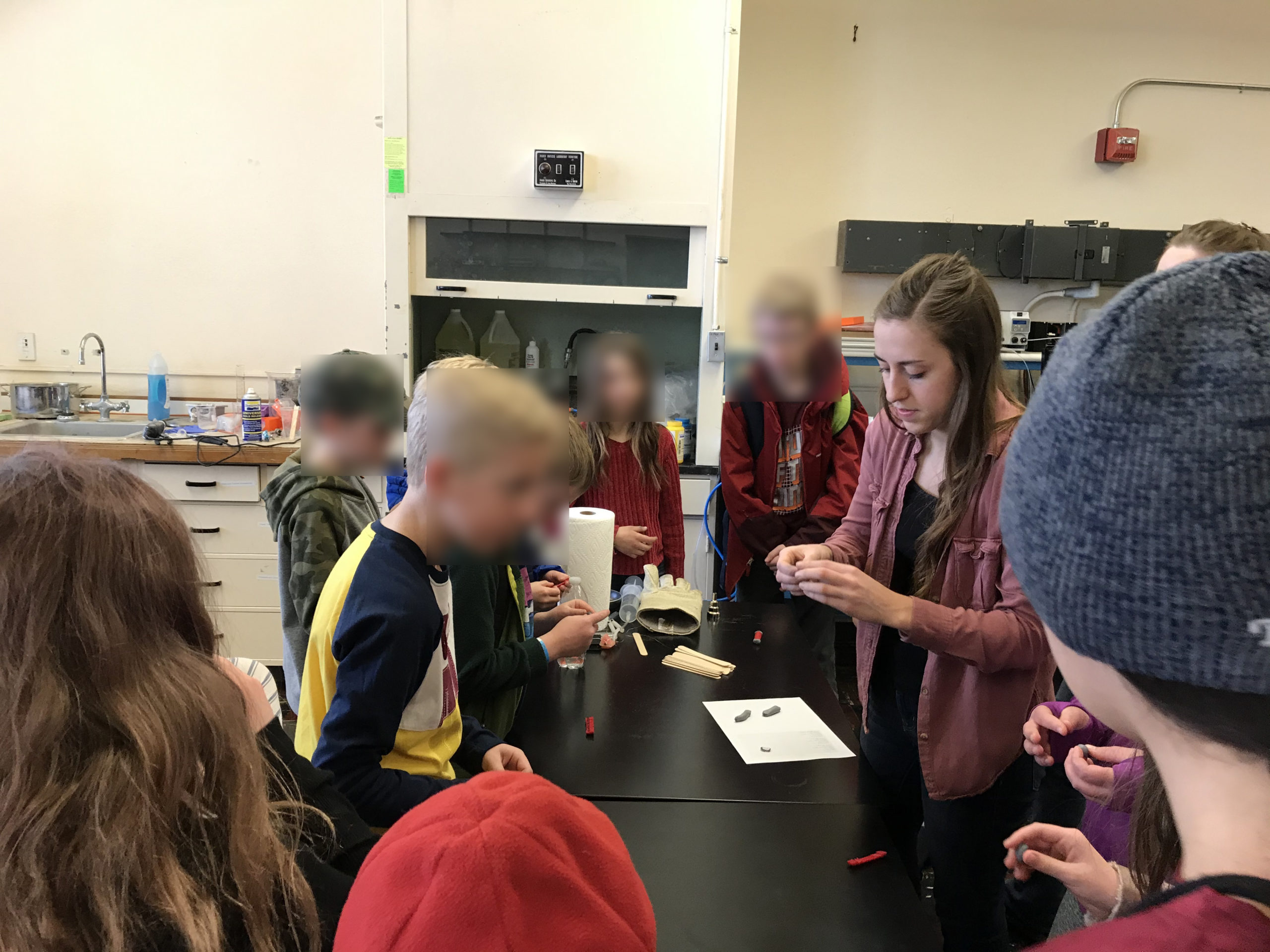 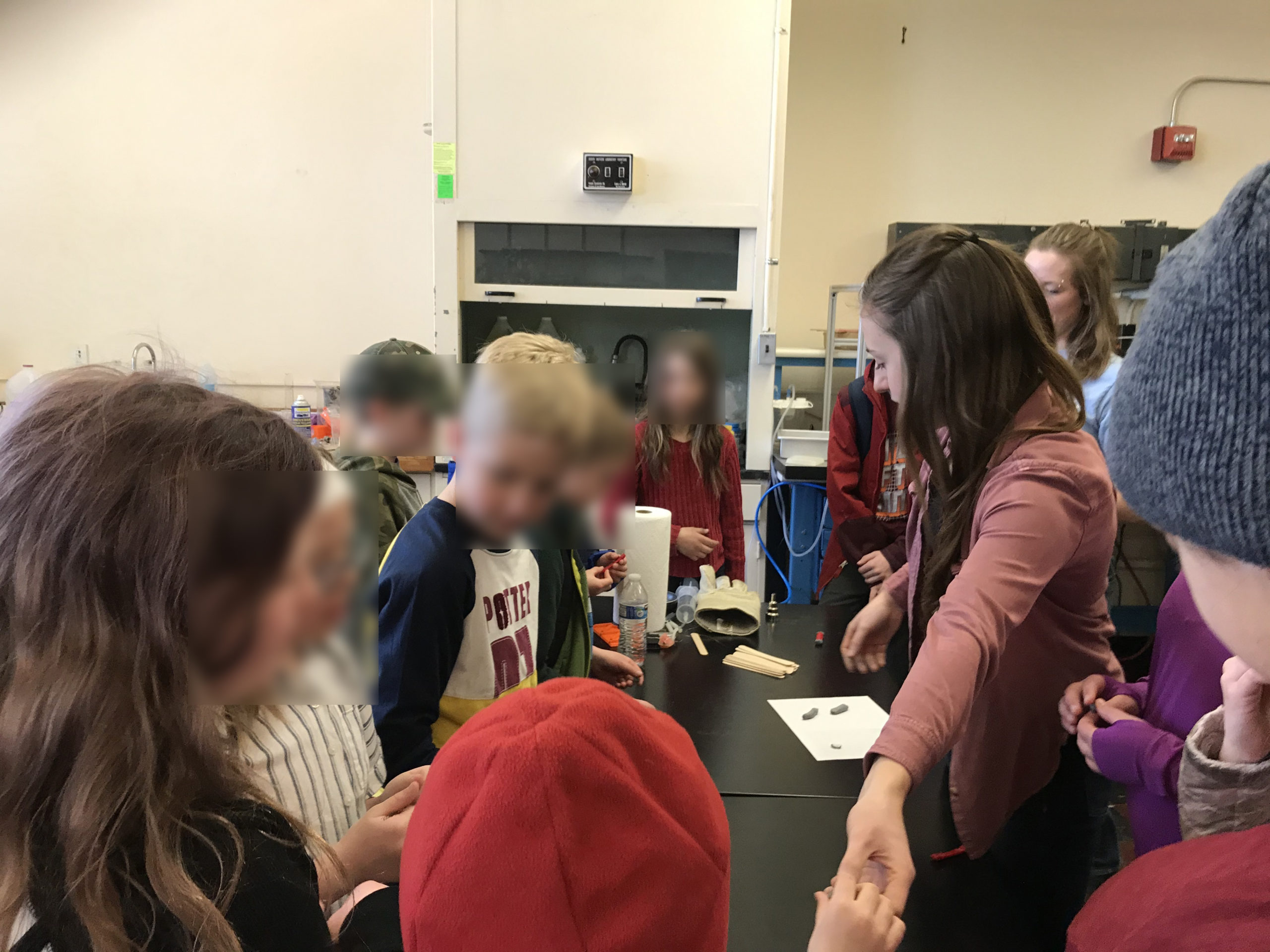 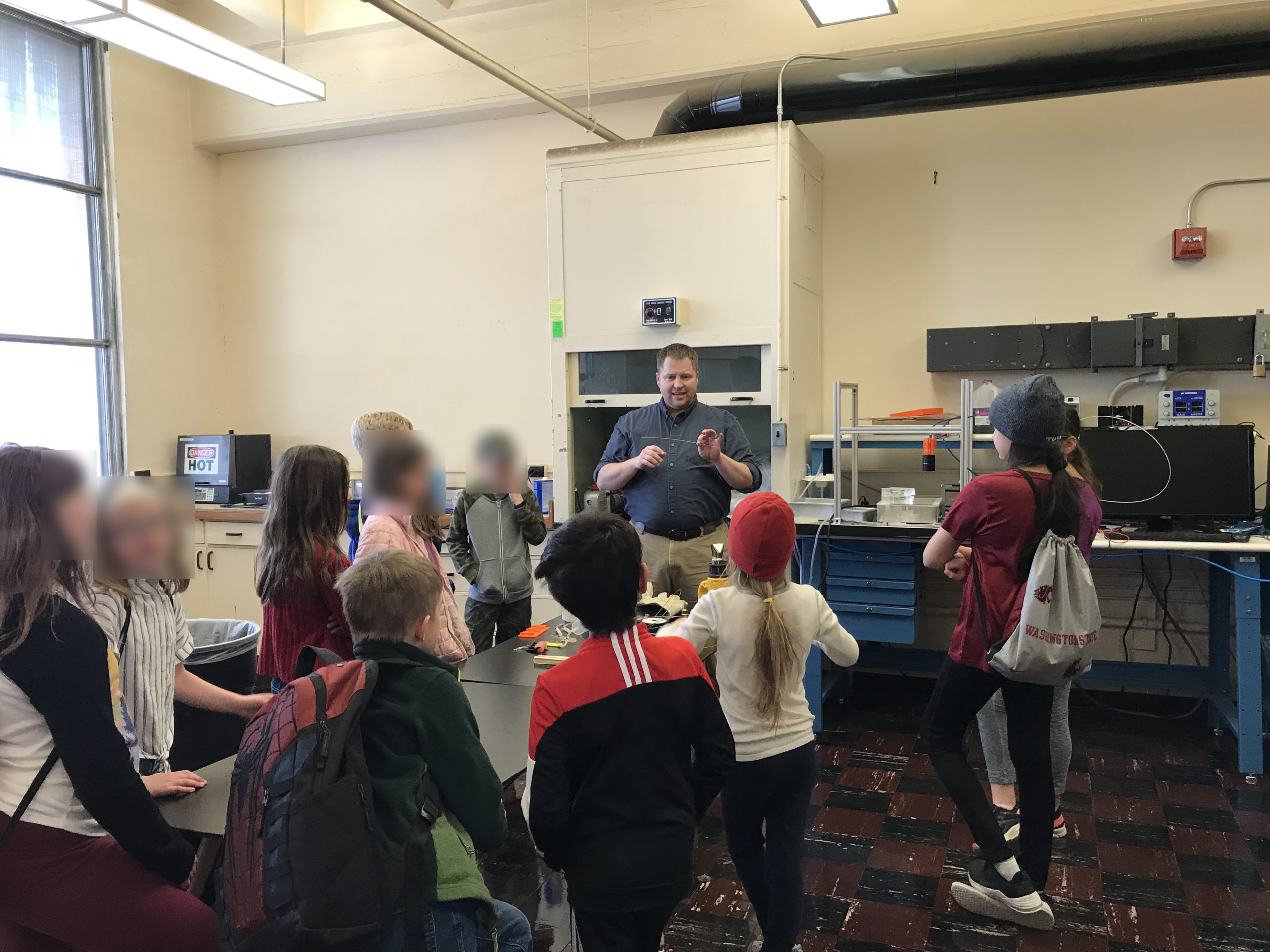 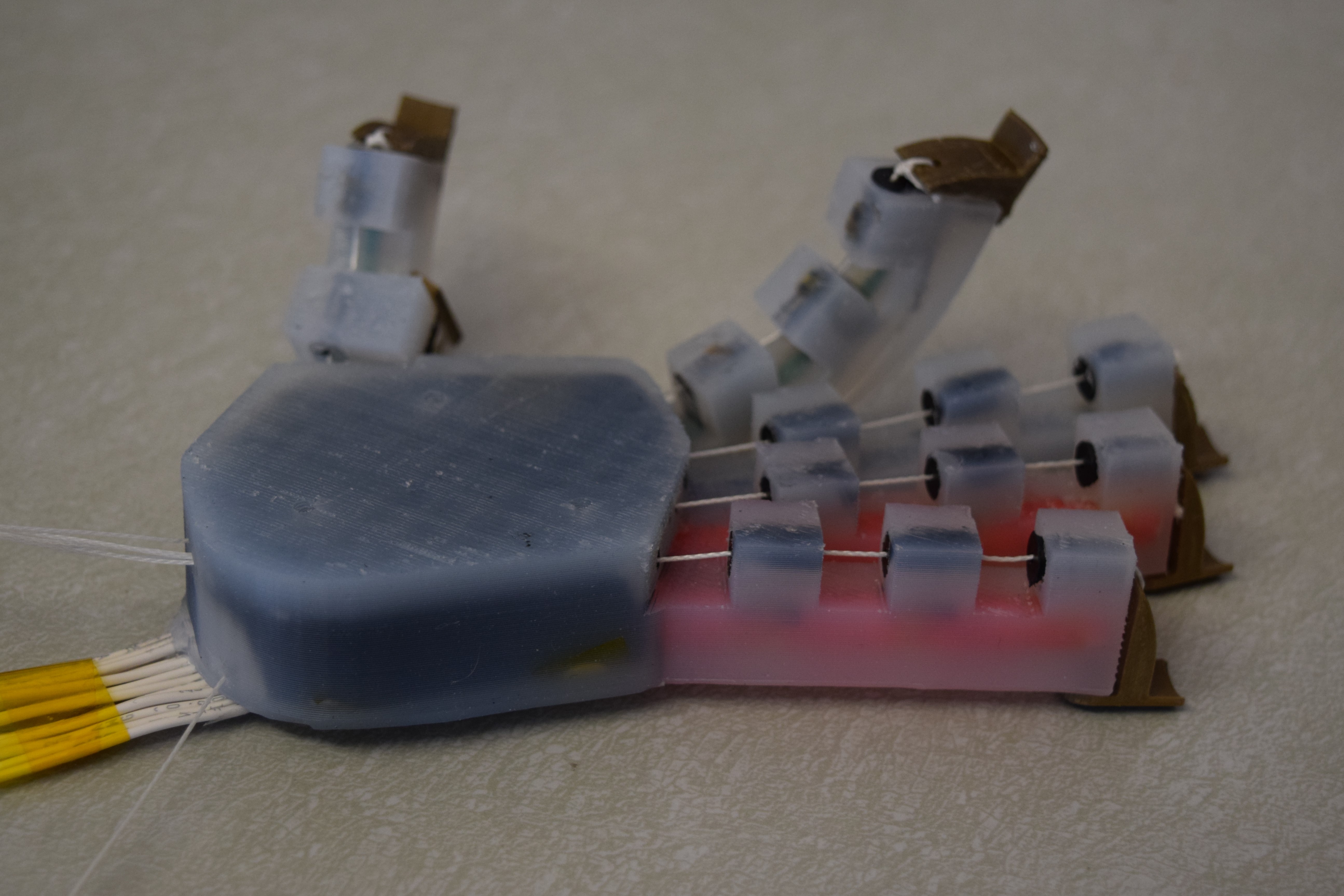 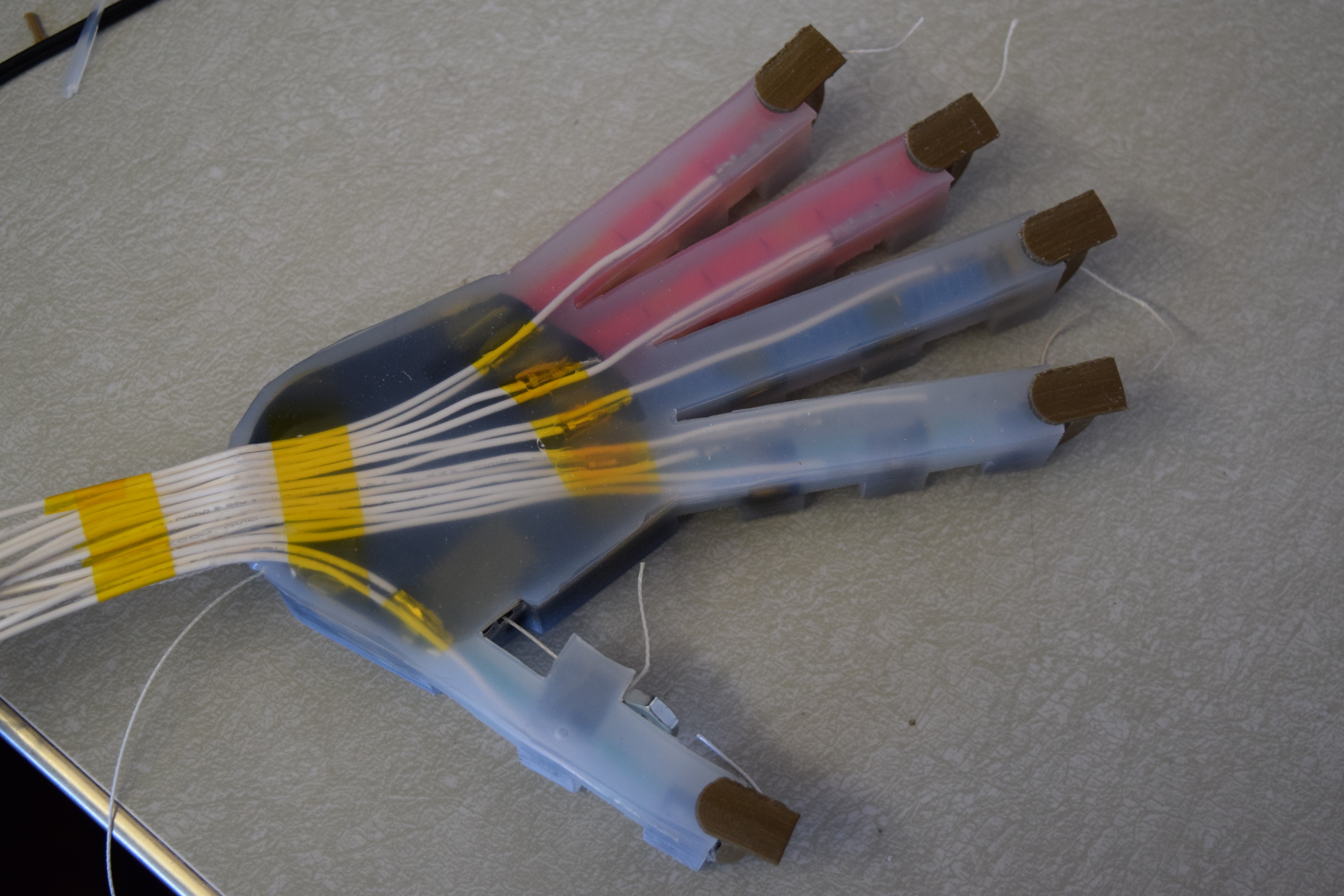 On Wednesday morning, M3 robotics lab was host to visiting high school students. The aim of this visit was to grab the attention of the kids to areas such as Engineering and Robotics ad encourage them to think about engineering as their future majors and later as careers. 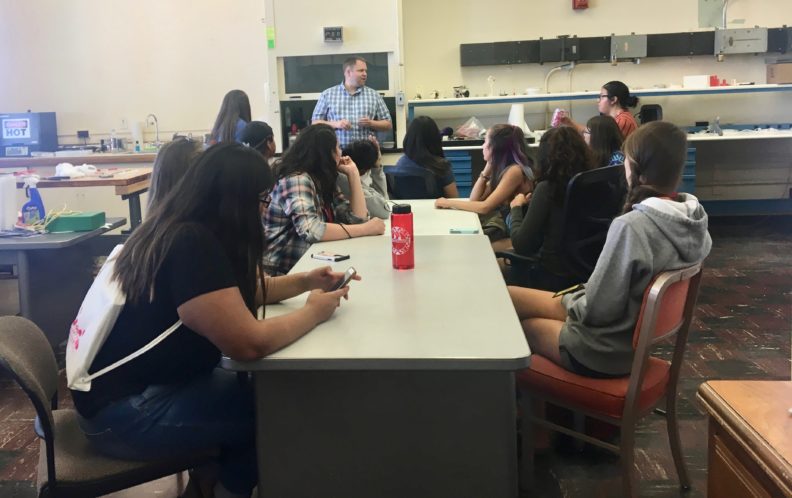 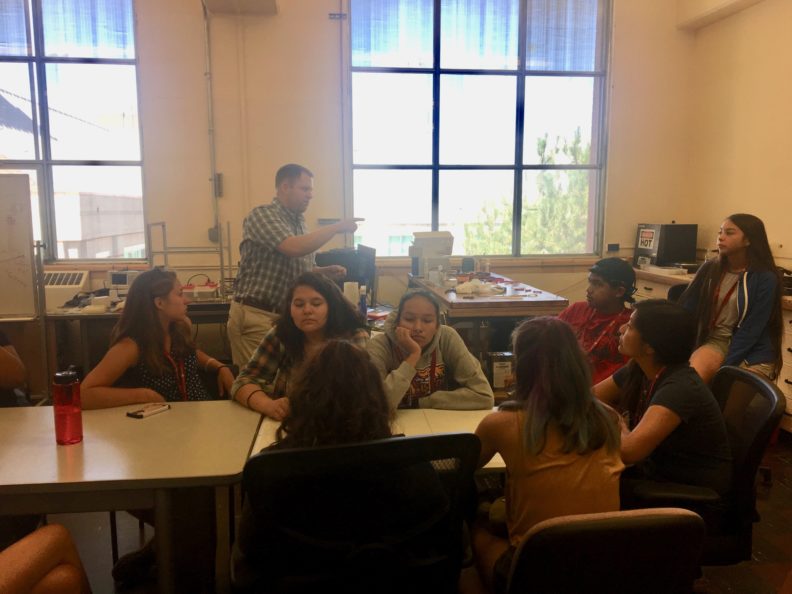 Professor Swensen started off with asking who is actually interested in robotics to see how many of them will change their minds at the end of the day. He continues with an introduction to robotics and grabbed the attention of the kids with introducing movies such as I-Robot and then mentioned some of the real-life robots such as Darpa robot. He continues by mentioning human-robot interaction and why is it important to incorporate safety in robots because the robots will interact with human beings. Another topic that was brought up in the introduction was the aging society and how it puts burden on people in terms of taking care of senior citizens. He brought of the notion of assistive robotics that can help this aging population. 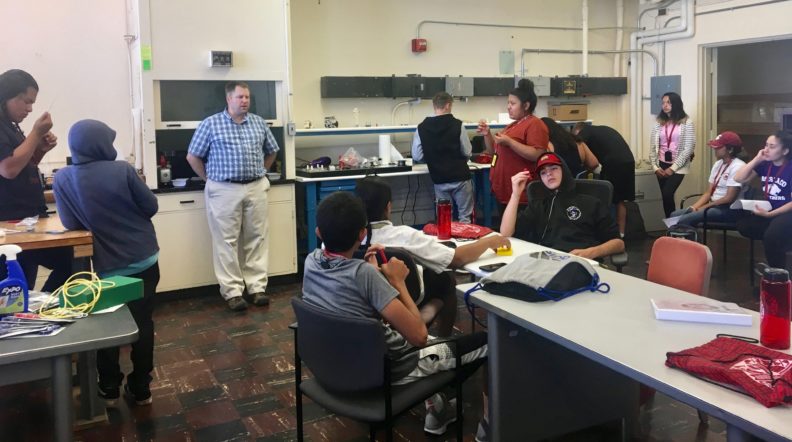 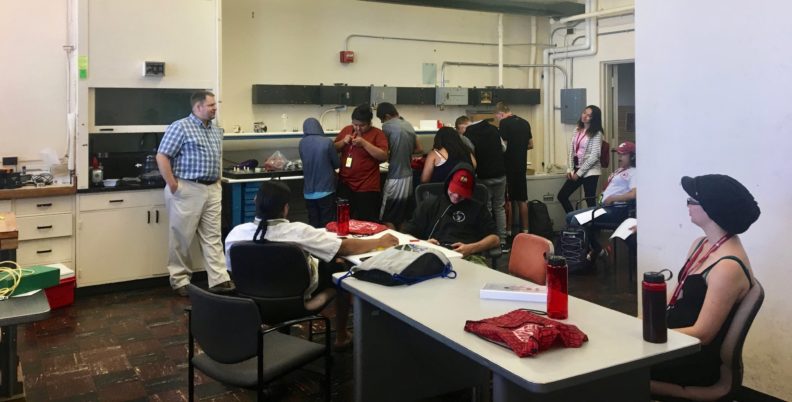 The last part of the visit was working on an inchworm robot that was printed in 3D printer and the kids put a metal on it and heated it either using a hot tool or moving electrical current through the metal part. The heat made the worm bend and when there was no heat the worm was back to its original shape causing it to move. At this part, they were really engaged in the process and was absorbed in making the inchworm work. 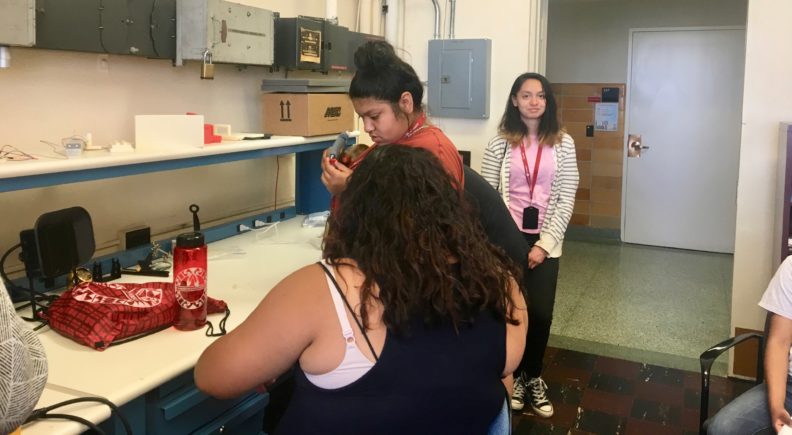 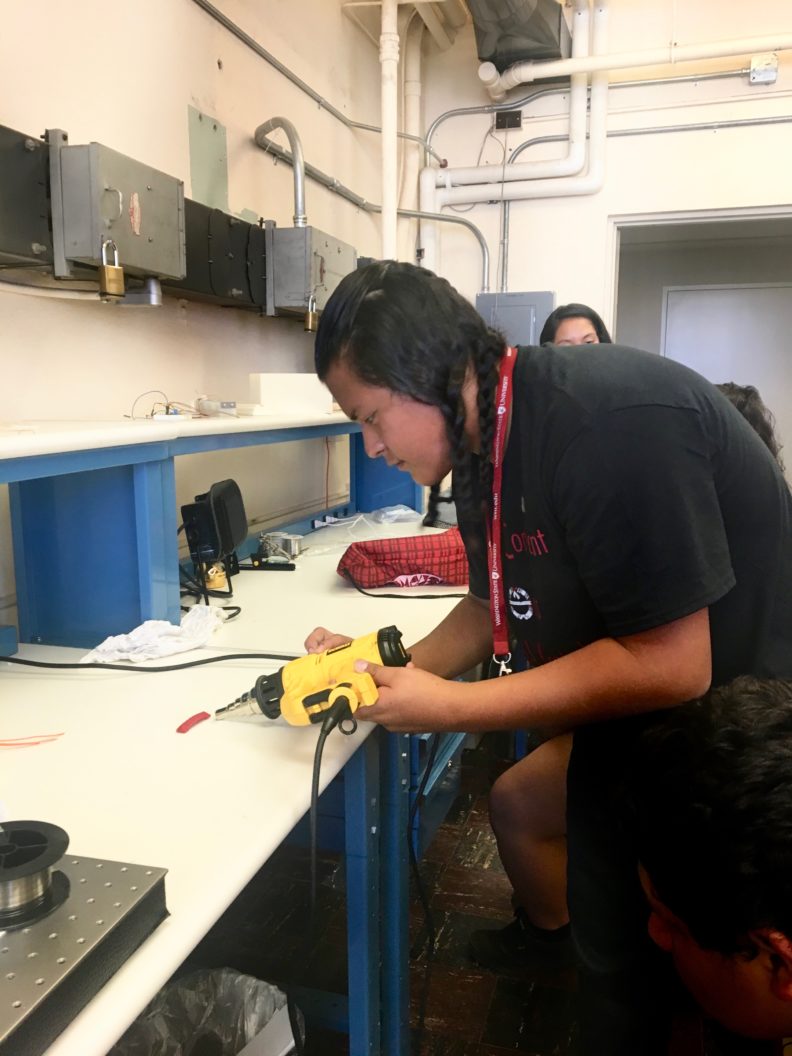 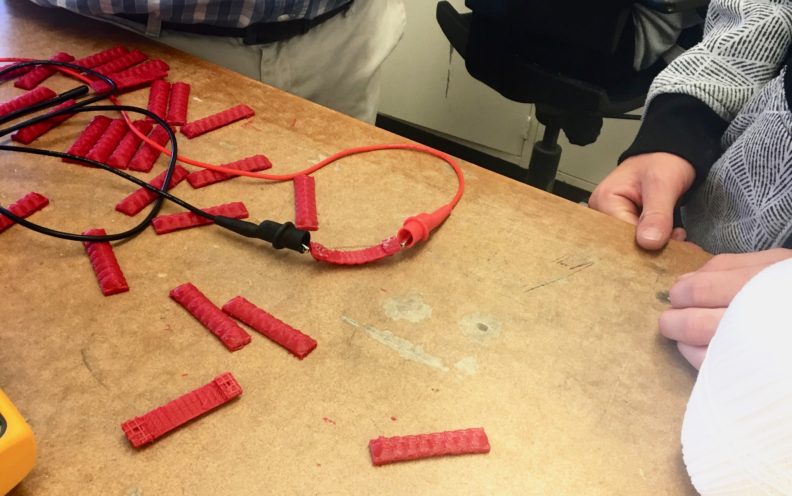 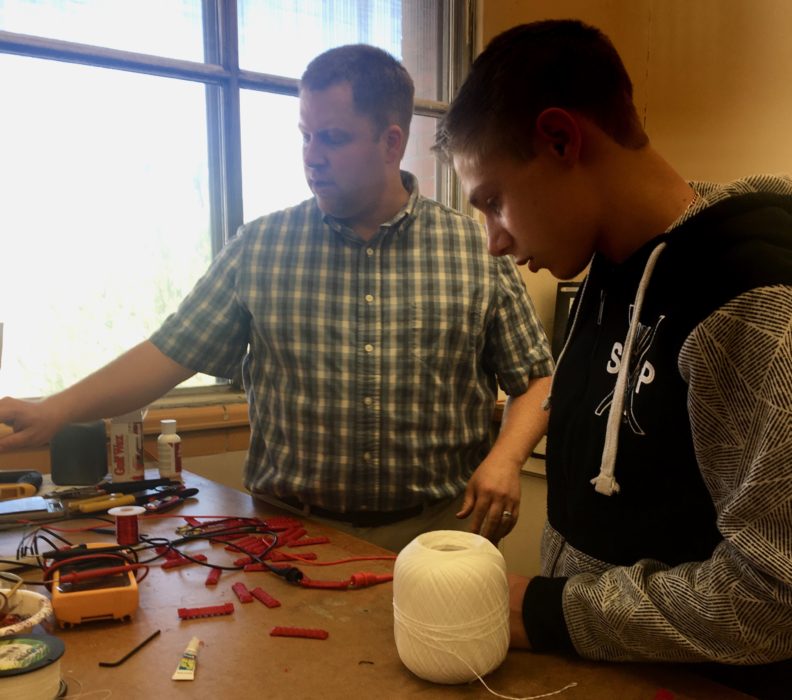